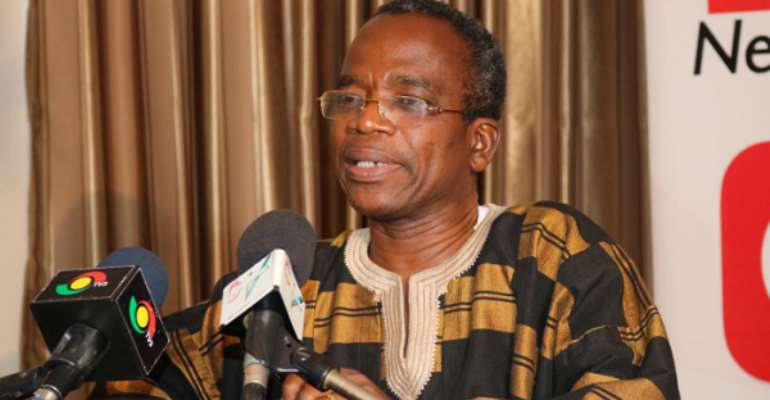 Members of the Ghana Journalists' Association (GJA) disputing the mandate of the current executives to conduct this year's GJA elections want the Chairman of the Election Dispute Adjudication Committee, to recuse himself from the hearing of their petition on Monday.

The petitioners allege that preliminary engagements with Mr. Boadu Ayeboafoh indicate he is likely to compromise the outcome of the hearing of their petition.

Two members of GJA; Charles Benoni Okine and Enoch Darfah Frimpong have questioned the mandate of the current executives of the GJA to conduct the elections even though their mandate officially expired in March 2016.

They also accused the executives of a constitutional breach in the timing for the establishment of the Election Dispute Adjudication Committee.

A letter by the petitioners sighted by Citi News is also appealing for the hearing to be re-scheduled to April 5 2017 due to unavailability of the lawyer for the petitioners.

When contacted, the Chairman of the Election Dispute Adjudication Committee, Mr. Boadu Ayeboafoh refused to comment on the matter indicating no knowledge of the said letter yet.

A statement signed by the Chairman of GJA's Elections Adjudication Committee (EDAC), Ben B. Assorow, said they took the decision because they have received petitions appealing against some of the presidential nominees.

“In view of the appeals/petitions that have come before the GJA 2017 Elections Adjudication Committee (EDAC) and pursuant to Article 53 (v) of the GJA Constitution of 2004, the Elections Committee has postponed the elections scheduled for 31st March 2017,” the statement added The Committee however said a new date will be communicated as soon as the EDAC completes its work.4

Background
The incumbent GJA president, Affail Monney, is facing stiff opposition from some contenders including former President of the Institute of Financial and Economic Journalists (IFEJ).

But Lloyd Evans was disqualified by the GJA Election Committee on grounds that he did not “pass the test as a member of the GJA in good standing,” a decision he had appealed.

Similarly, Mr. Matthew Mac-Kwame, who filed for the position of Vice President, also failed to meet the requirements under Article 47 (b) (iii) which states that “All members aspiring for Executive positions at the National and Regional levels must be members in good standing at least ninety (90) days before elections.”

The Committee however cleared Mr. Johnnie Aryeetey and Mr. Affail Monney for the election.

Meanwhile, there is also a petition from some journalists who are challenging the authority of the GJA led by Affail Monney to organize the election.

They contend that Mr. Monney and his executives' mandate expired as far back as March 2016.