IT Consortium CEO calls for regulatory postponement on Fintech 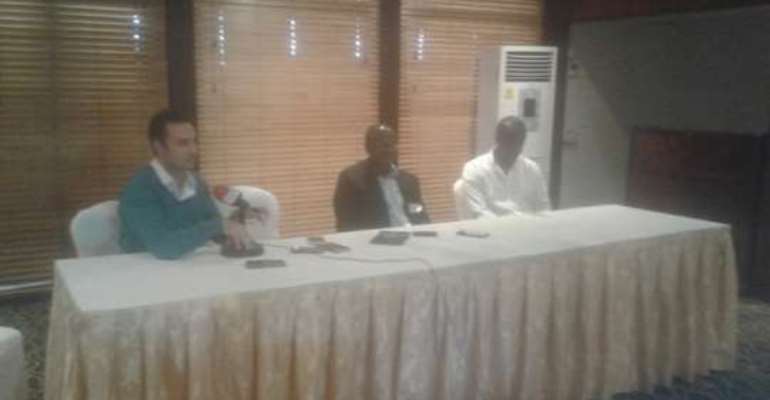 By Belinda Ayamgha, GNA
Accra, Mar. 23, GNA - Mr Romeo Bugyei, Chief Executive Officer of IT Consortium has appealed to government to allow the Financial Technology (Fintech) industry in Ghana to grow and be fully established in order to foster the growth of financial inclusion.

He said the Fintech sector was a fairly young sector and needed to be allowed to grow and take shape before regulation was introduced.

Speaking at the African Fintech unstructured conference (Unconference) held in Accra, he said allowing the growth before regulation would allow it to innovate more and come up with new solutions.

'I don't believe that government should regulate the space for now; allow things to grow so that people can innovate and have more ways of doing things and make it cheaper,' he stated.

Mr Bugyei, who runs IT Consortium, a Fintech organisation engaged in payment aggregation and enabling the use of systems for financial services, said Fintechs help to make things cheaper by giving alternative ways of banking using digital or technological solutions.

On potential risks in the industry if left unregulated, he noted that while the sector was not regulated, the Bank of Ghana was aware of the activities of players in the Fintech industry and had held a meeting with them to keep abreast of their activities.

He noted however that although the space was currently directly unregulated, there was an indirect regulation as Fintech most often had to work with banks and financial institutions that were regulated by the Bank of Ghana.

He explained that because Fintechs were currently not regulated, they were required to partner with banks when doing transactions that required depositing, which meant that the banks indirectly regulated Fintechs.

He said the central bank, at the meeting held with Fintechs, declared its intention to leave the sector unregulated for the time being, but said it would monitor the sector to know the technologies being used and guide where there were problems.

'Every money in digital form has a physical backing in a bank,' he said, noting however that there could be problems with situating liability in Fintech transactions like mobile money.

He said the old ways, and skills used to regulate the traditional financial institutions needed to be updated to work for the Fintech sector, adding that Ghana was in a unique position to lead in that sector.

He stated that the Bank of Ghana was one of three central banks globally, including the central banks of Philippines and Mexico, that had been selected by BFA Global, to participate in a programme funded by the Gates Foundation called 'Regtech for Regulators Accelerator (R2A)' designed to help pioneer the next generation digital financial supervision tools and techniques.

'What we are trying to give the Bank of Ghana is new superpowers, to be able to see through all the data and to be able to respond more rapidly and better,' he stated.

Mr Vahid Monadjem, CEO of Nomanini, a South-African based enterprise payments platform provider in the informal retail sector and co-host of the AFU, said the Unconference allows participants to set their own agenda.

The Unconference was thus to bring together Fintech innovators on the continent to find better solutions and improve their own services, as well as enable the ecosystem to work together.