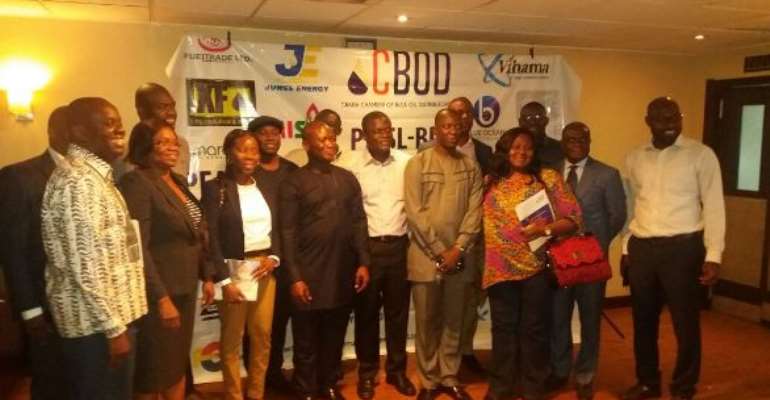 The Chamber of Bulk Oil Distributors (CBOD) has made a strong case for the government to clamp down on all importers of illegal products into the market if it is to provide fair competition in the industry.

The Chamber argues that the perpetuation of the act led to a revenue loss of about 490 million cedis in 2016 alone.

The Chief Executive of the Chamber of Bulk Oil Distributors, Senyo Hosi also tells Citi Business News the development, if unchecked could render legal operators in the industry insolvent and in extreme cases, inoperable.

“Illegal products have flooded the market; people claim to be exporting products but drop them here. Losing a minimum of 490 million cedis is a major problem…I bring in products in a legitimate way and I have to pay taxes and that will affect my final pricing but those who import illegal products will sell at a lower price because there is no tax component factored into the pricing,” he said.

Mr. Hosi added, “If I am forced to reduce my prices, that will be unfair to me…We must clamp down on the illegality and make sure things are consistent; people cannot keep evading taxes unfairly while others are subjected to pay.”

The CBOD boss was speaking at the AGM of the Chamber in Accra.

He further bemoaned how the government's indebtedness is hampering the activities of the industry.

Currently, the government is indebted to the Bulk Oil Distribution Companies (BDCs) to the tune of about 1.78 billion cedis.

This was after total receipts of about 1.024 billion cedis from the government in the last quarter of 2016 and 47 million cedis in January 2017.

Other concerns highlighted by the CBOD centered on regulations to guide the role of government's support to parastatal agencies.

In the Chamber's view, the policies should among others create a level playing ground for all players to benefit from the market.

Outlook for 2017
Though the Chamber views 2016 as a challenging one, it is, however, hopeful that 2017 provides an opportunity to turn around its dwindling fortunes.

This will also require responsible competition and astute management of its operations.

Akufo-Addo, Mahama to wrap-up campaigns with mammoth rallies...
25 minutes ago