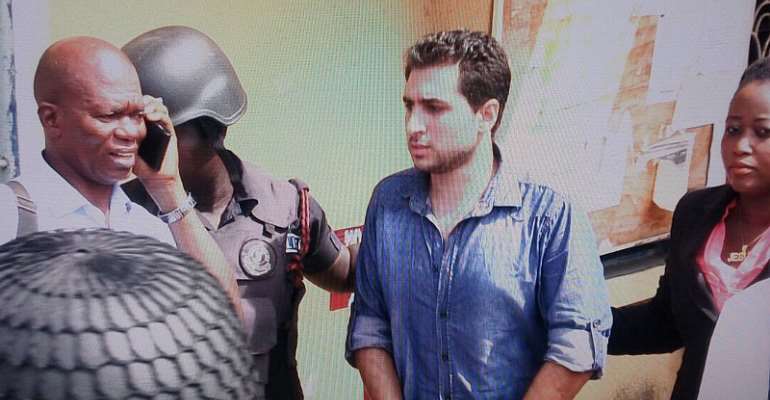 The Abeka District Court in Accra has set March 27 to deliver its ruling on the application for disclosure filed by lawyers for the Abelemkpe Branch Manager of Marwako eatery, Jihad Chaaban.

The court, presided over by Ms. Victoria Ghansah, set the date on Thursday after Augustine Asafo Adjei had moved the motion directed at the state prosecutors to furnish the defence team with all documents they intend to rely on for their prosecution.

According to him, their request if granted, would assist them to put up a more informed defence for their client.

Quoting Article 19 (2) (e) and (g) of the 1992 Constitution, the defence counsel argued that if the notion was not granted, it would amount to ambush trial.

Mr Augustine Asafo Adjei stated that for the trial to be fair, the accused person has to be given all he requires to defend his case as enshrined in the Constitution.

The prosecution led by Chief Inspector H.A. Hanson, however did not file any motion in opposition to Mr Asafo Adjei's, arguing that they would rely on the decision of the court.

Earlier, the prosecutor had told the court that he had intended to file the motion but was unable to do so because of 'dumsor.'

He said he was minded to make an oral application if the court would oblige him.

But Augustine disagreed, insisting that it was appropriate for the prosecutor to put his opposition into writing.

This compelled the court to suspend proceeding for 30 minutes.

Jihad, 26, is before the court for assault.
He is reported to have dipped the head of Evelyn Boakye, an employee of Marwako, into blended pepper on February 26, 2017.

According to Chief Inspector Hanson, Jihad Chaaban offensively conducted himself when he angrily called the complainant a “prostitute.”

Jihad is facing an additional charge of intentionally and unlawfully causing harm to Evelyn when he reportedly dipped the head of the complainant in blended pepper.

Meanwhile, the much anticipated further cross-examination of Evelyn Boakye had been shelved.

At the last sitting, the defence lawyers had expressed doubt over the actual substance the accused person is alleged to have dipped the face of the victim/complainant into.

Mr Augustine Asafo Adjei had claimed that the substance for which his client has been dragged before the court is a “sauce” but not raw pepper.

He said the material being a mixture of garlic, pepper, onions, ginger and tomatoes could not be described as pepper.

Jihad Chaaban, a Lebanese supervisor at Marwako Restaurant, was put before the court for allegedly manhandling Evelyn Boakye.

Chaaban has pleaded not guilty to the charges.
Jihad, a brother in-law of the owner of Marwako Restaurant at the Abelemkpe branch, allegedly grabbed the neck of the victim and angrily dipped her face into blended pepper which poured on the table.