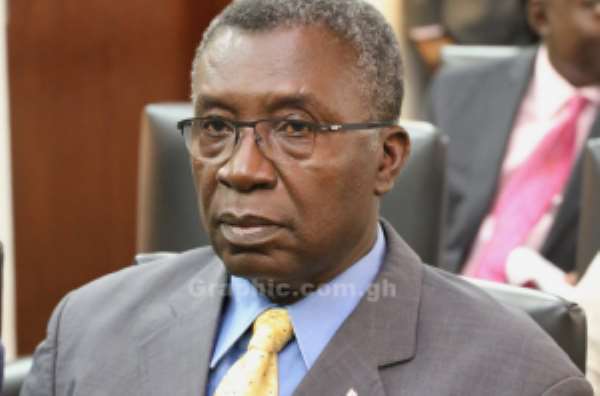 An amount of GH¢349 million has been approved by Parliament for the Ministry of Environment, Science, Technology and Innovation for the 2017 fiscal year.

The Chairman of the Committee on Environment, Science and Technology, Mr. Emmanuel Agyarko presented the committee's report under his seal, on the 2017 budget estimates of the Ministry to the House for adoption and approval of the said amount.

In his concluding remarks, the Chairman noted that, developments in the world are currently hinged on the development of science, technology and innovations.

He added that if Ghana is to move in tandem with developments in the world, then there is the need to ensure that the Ministry of Environment, Science, Technology and Innovation and its departments are well resourced.

“Total financial support should be given by the Ministry of Finance to its departments, especially the newly created ones, to ensure that they are properly established,” he stated in the report.

The Ministry has been allocated an amount of GH¢349,152,142 for activities earmarked for the 2017 fiscal year.

The Committee also realised that there were no releases made to the Ministry under Capital Expenditure and so it was not able to undertake any capital project.

According to the report, the Committee observed, during its meeting with the Minister, Mr. Kweku Frimpong-Boateng and officials from the Ministry that, the Ministry over spent its budgetary allocation by 10%.

The report indicated that the over expenditure was mainly noted under employee compensation and development partner allocation.

Meanwhile, it was explained that allocation under employee compensation rose due increase in salaries and the transfer of staff from other Ministries to the Ministry of Environment, Science, Technology and Innovation.

The Minister for Finance, Mr. Ken Ofori-Atta delivered the budget statement and financial policy for the year ending 2017 to Parliament on Thursday 2nd March 2017.

The Speaker, Prof Aaron Michael Oquaye, then referred the budget estimates of this Ministry to the committee on Environment Science and Technology for consideration and report, which was presented on the floor yesterday.