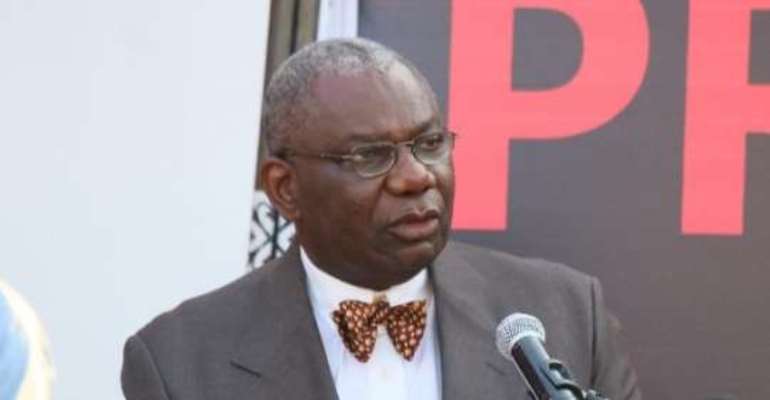 By Christabel Addo, GNA
Accra, March 24, GNA - Mr Boakye Agyarko, the Minister of Energy, has affirmed his Ministry's commitment to expand coverage of the Solar Rooftop Programme initiated by the Energy Commission.

These, he said, would be adopted by all non-residential facilities, including Ministries, Departments and Agencies countrywide, to help reduce their utility tariffs on electricity consumption and enhance their productivity levels.

Mr Agyarko said this when he launched the 16.64kWh Rooftop Solar PV System at the German Development Cooperation (GDC) office complex in Accra, to provide about 21,000 kWh of electricity per annum for the Cooperation for the next 20 years.

The Solar PV System at the GDC House was described as one of the first grid-connected systems in Ghana with no battery backup under the net metering framework.

Mr Agyarko commended the German government for the numerous assistance it had provided to Ghana over the years, in the field of Renewable Energy, as well as the for the finalization of the Net-Metering Code that prescribed guidelines for injecting excess generations from Solar Rooftops into the electricity distribution system for sale by the Electricity Company of Ghana.

He noted that the current rapid decline in the price of Solar PVs, made it cost competitive to integrate it into the electricity distribution system at the end-user's point, and it was also now possible to generate power from this source for less than 60 Ghana Pesewas per kWh, compared to what was being paid as utilities for electrical energy consumption.

He said the Energy Ministry in its firm believe in the system, set the pace in 1999, by installing a 50 Kilowatts (kWh) Solar PV Rooftop system on its building, and had since benefitted from an average generation of 156 kWh of power per day.

He urged other development partners to emulate and integrate solar into their buildings to reduce their net consumption and make available excess power to support other productivity ventures.

Mr Christoph Retziaff, the German Ambassador to Ghana, said Germany was committed to supporting Ghana's endeavours in Renewable Energy and Energy Efficiency, which would contribute immensely to its sustainable economic development.

He said Germany was one of the leading countries transitioning from fossil fuel based economy to the one based on renewable energy, and was ready to share the lessons learnt during the transition.

Mr Alan Walsch, the Country Director of the Deutsche Gesellschaft fur Zusammenarbeit (GIZ), said the GDC House, had been able to save GH¢13,925.15 between the mid October 2016 and February 2017 by using solar energy.

He said decision to procure the Solar PV system was informed by the rising cost of grid electricity and fuel for backup generators, as well as its partner the KfW's desire to demonstrate the extremely cost competitiveness of the service in Ghana.