Property Addressing System to be completed this year- Bawumia 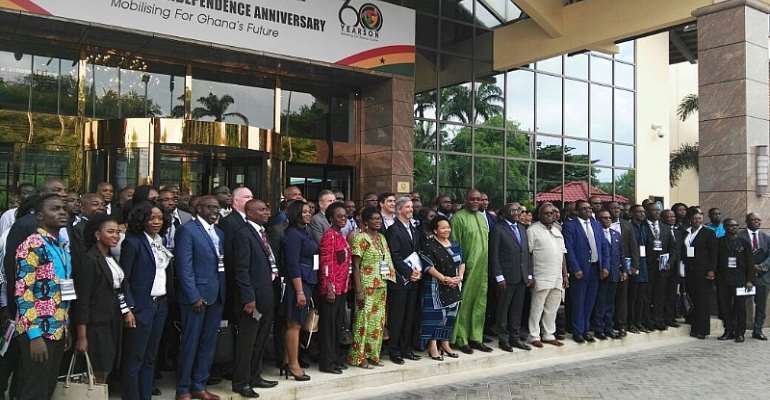 The Vice President, Dr. Mahamudu Bawumia has disclosed that government will address three main policy pillars which are financial inclusion, the national identification project as well as property addressing system by close of this year.

According to him, the government's economic team has set this year as the benchmark to achieve all three pillars to propel the country into economic development.

Speaking at the Ghana Economic Outlook and Business Strategy Conference, Dr. Bawumia explained that the three pillars which have been pursued by previous governments in the past 60 years will be the foundation needed for development.

“Then you have two other pillars, the national identification for transaction. That is the second pillar and the third pillar is the property addressing system. If you have these three pillars then you have the necessary backbone for the formal economy,” he added, stressing that, “These are the three key pillars that we really want to attack this year. I'm not talking of next year, I am talking 2017”.

Dr. Bawumia bemoaned the current state of development of the country and blamed it on the non-existence of the three pillars he outlined.

He maintained that the three pillars are the foundation upon which every economic development policy can be erected.

“We have been [here for] 60 years trying to do these things. The benefit of shared experience across countries would allow us to do this this year,” he noted.

For the country to experience rapid economic growth, Dr. Bawumia argued that the country must have a reliable data base to measure policies and its effects.

“For citizens really to register and use the mobile money and digital payment system they really need an identification system. In January this year, I inaugurated a committee to start work on a country having National ID System at the direction of the president,” he said.