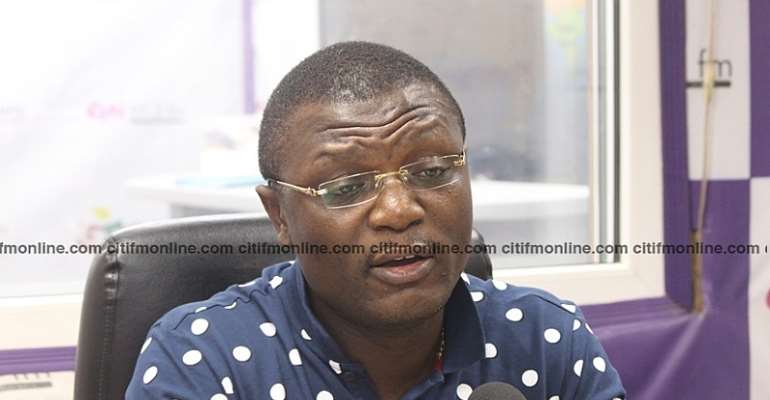 The National Organiser of the National Democratic Congress (NDC), Kofi Adams, has described persons blaming former President John Mahama for the party's election defeat as “uninformed”, and has called on them to “stop talking anyhow” about the party's electoral loss.

According to him, most of the people criticizing the former President were not privy to arrangements put in place by the party leadership in executing the 2016 election campaign.

He said those members of the party who had concerns about the party's loss should resort to the special committee set up by the party to investigate it's loss, instead of making comments in the media.

“…anyone who makes such conclusions is not well informed. I will advise people who are not informed, who are not within the structures to stop talking. There is a committee that has been put in place, if they have any issue they should go put those matters before the committee and stop talking anyhow,” he said.

The NDC Member of Parliament for Yunyoo constituency in the Northern Region, Joseph Bipoba Naabu in a recent interview, accused former president John Mahama of being responsible for the party's historic electoral defeat. According to him, the former President surrounded himself with inexperienced people who only misled him and created public disaffection against him.

A vice chairperson of the party, Anita Desoso, also in a separate interview, said the party went into the elections with a divided front resulting in the misappropriation of campaign resources including monies.

But according to the party's National Organizer, that was not the case.

Speaking in an interview on Eyewitness News on Wednesday, March 22, Mr. Kofi Adams said there was nothing wrong with the party's election campaign although it failed to secure a second-term mandate for John Mahama.

He discredited suggestions that the president had created a parallel party structure by handling and distributing party resources to his close allies rather than the appropriate campaign teams.

“The campaign team sub-committee for logistics, events and resources worked, they received what they had to receive and released to the bodies that were to receive them, and they were utilized.”

“In some instances, candidates were given the support directly where it had to be so. In other instances, the national executives received it and passed it on, so whatever had to be released for campaign purposes were released to be appropriate bodies.”

“At no time, was His Excellency the president involved in distributing any party logistics directly. The structure was so well used, at least at our level,” Kofi Adams said.

The National Democratic Congress (NDC) failed in its bid to retain power at the 2016 elections giving room to the New Patriotic Party (NPP) led by Nana Akufo-Addo to return to power.

Following the loss, the party has constituted a 13-member committee led by Professor Kwesi Botchwey to look into the defeat and produce a report that will suggest what it can do to help it return to power.

Although the fact-finding committee is yet to conclude its work, some members of the party have in various public statements given suggestions of what may have accounted for their loss.

This is amidst uncertainty about whether or not John Mahama will contest again in the next elections.