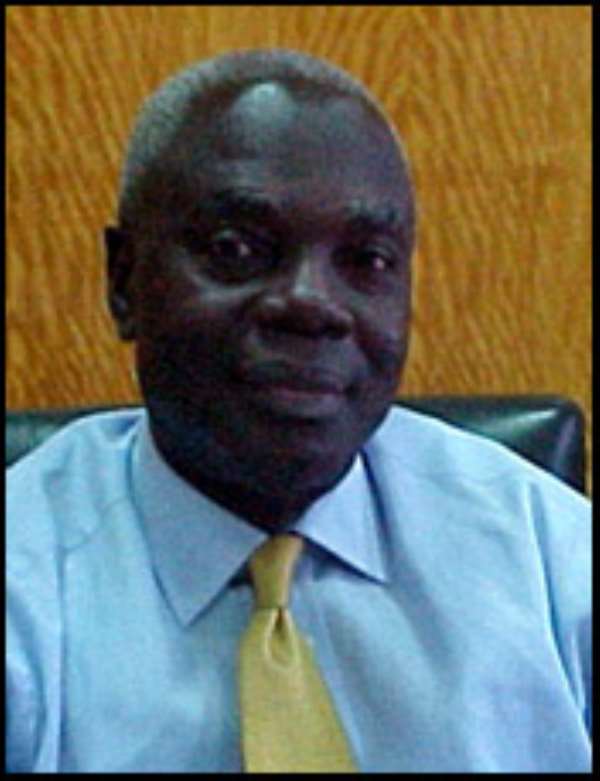 HE CALLS FOR GROWTH, NOT JUST STABILITY

Yesterday, the former head of Unilever Ghana Limited, Ishmael Yamson, praised Government for maintaining a “very stable macro-economic environment,” in spite of racing petroleum prices in recent years. But, he has also criticized President John Agyekum Kufuor's administration for not being aggressive enough with economic growth, a measure incidentally seen by the Government as crucial to creating wealth for Ghanaians.

His comments are subtle but sharp criticism of the NPP manifesto pledge to deliver “accelerated growth” during President Kufuor's second term.

Looking at the current economy, Mr Yamson described government's management of the economy as geared more towards stability than growth. He argued that there was the need for the country to move rapidly from stabilization to growth.

His comments came on top of concerns within business circles that Kwadwo Baah-Wiredu's maiden budget gave little clues as to where the promised “accelerated growth” is going to rear its expectant head.

Mr Yamson said growth rates averaging 5.2% per annum were not spectacular and were unlikely to move the country from third world to second world to reduce poverty.

“We are failing in the delivery of growth. It is only when we begin to grow at 8% plus per annum that we can talk about poverty reduction.”

To achieve this, the former Unilever boss said the country must begin to do things differently, break the old mould and pursue new growth pillars, adding that it was the only way by which industry and the private sector would be energized.

“It is in the interest of the economy and the country to take steps for the long-term health of the economy even though it may increase the cost of living and business in Ghana thus making Ghanaian manufacturers less competitive.”