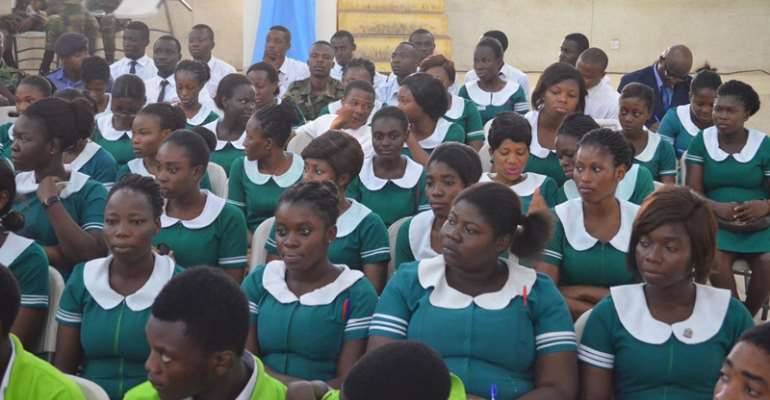 The Ghana Health Service has resumed recruitment of trainee nurses to serve in various health facilities in the country.

This comes almost a year after suspending the process across the country.

A letter addressed to all regional health directors in the country from the Service on Monday, March 20 said the Minister of Health, Kwaku Agyeman Manu had granted the permission for the recruitment of trainee nurses and other health professionals.

It noted that only persons who had been granted financial clearance in December 2016 will be considered.

The earlier decision by government suspend the process had left many trainees frustrated.

Many trainee nursing groups have staged various protests to demand that they be recruitment to the public service since they cannot be employed by private health facilities due to an existing bond between them and government.

The Honourable Minister of Health has now granted approval for the recruitment of trainees and other health professionals who were granted financial clearance in December 2016 in line with the respective regional ceilings.

In view of the above, I have been directed to request you to resume the process which was stalled following the earlier directive.