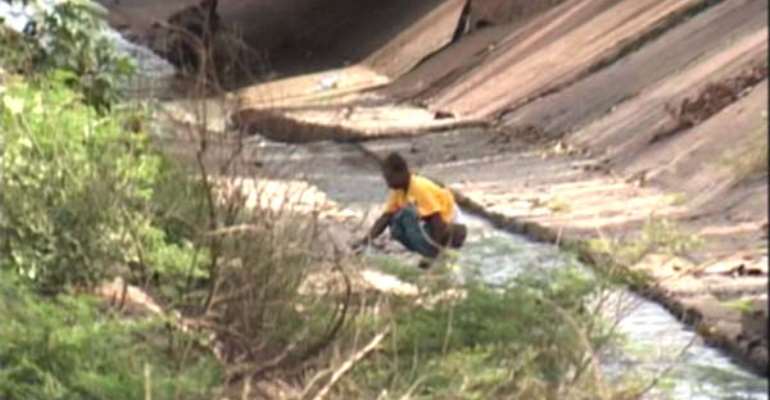 Open defecation persists in Ghana despite continuous education about its effect on society because many Ghanaians consider the practice as a “normal” way of life.

According to David Duncan, the Chief of WASH (Water, Sanitation and Hygiene) at the UNICEF office in Ghana, most people in the three regions of the North do not see a toilet as a necessity because open defecation has been the practice for generations.

“For many people in Ghana, this is just normal, particularly in the north of the country where about three in every four households actually have to go into the bush for toilet. For them it's normal, it's been the way of life for generations. So there is a real complete change which is required for people to move from some of the things they consider as normal, an everyday living to  changing that to actually building a toilet and using a toilet.”

Mr. Duncan made the revelation on the Citi Breakfast Show on the backdrop of reports that the World Bank is “unhappy that many Ghanaians still lacked access to basic sanitary facilities, particularly household toilets.”

Ghana was in 2015 ranked second by WASH after Sudan in Africa for open defecation , with 19 percent of its population resorting to that kind of sanitation practice.

Within the same year, the World Health Organization also ranked Ghana as 7th dirtiest country in the world.

“We just don't see sanitation as important as how the country is doing,” he added.

The WASH Chief also said the only way open defecation could be stopped is for every household to have its own toilet.

“It really comes down to commitment by government and the people to change things. The only countries that are doing well from Africa are those who are really struggling in many cases, just like the country. If you look at Senegal as compared to Ghana, more than every two households have their own toilets but in Ghana it is one in seven,” he noted.