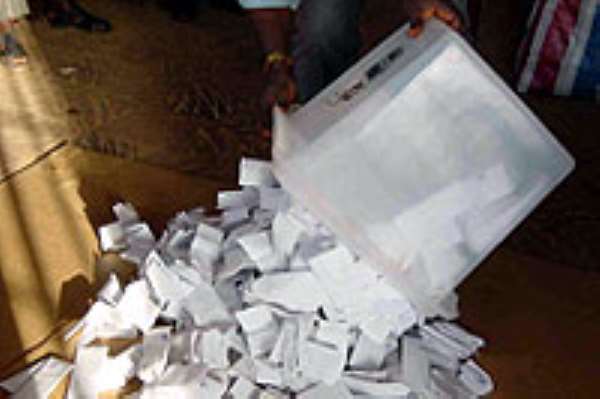 Kumasi, April 21, GNA - Counting of votes in the Asawase Constituency Bye-election is underway in all the 107 polling centres. Supporters of the three contesting political parties - People's National Convention (PNC); New Patriotic Party (NPP) and National Democratic Congress (NDC)- started gathering at the centres long before counting started and as the results were announced burst into wild jubilation. Alhaji Muntaka Mohammed Mubarak, the NDC candidate, had taken the lead at seven polling centres at Aboabo with 1,955 votes. Alhaji Shuaibu Musah Shariff of NPP had 572 votes while Mr Ibrahim Issaka of PNC had 27 votes. In all, 80,315 voters were expected to cast their vote in the election. So far, there has not been any violent incident since the counting of ballot began.