Does The Size Of Government Matter? Empirical Evidence From Economic Literature. 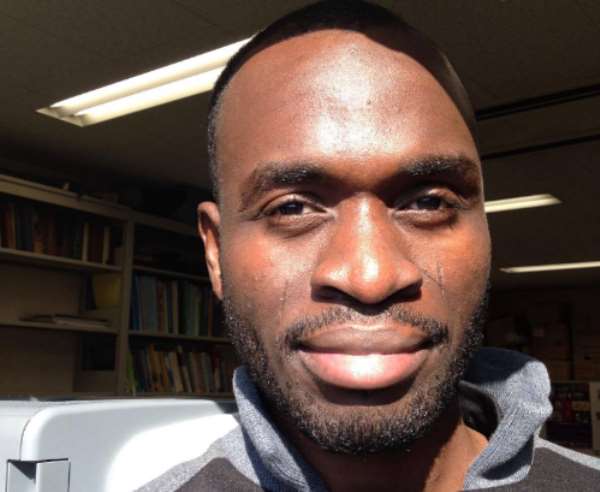 Ghanaians took the news of the appointment of 50 deputy ministers by the president H.E. Nana Akufo Addo with mixed reaction. Whereas the usual political acrobatics are at display, there are others with genuine reservations about the appointment especially so when the current list brings the number to 110 ministers and deputies. For such issues, our sense of reasoning is often betrayed by our sense of partisanship. It is difficult to freely interrogate the implication of these appointments. Nonetheless, it’s worth the time and attention of Ghanaians to discuss it. There is overwhelming literature that any serious discussant of this subject should abreast himself with. I am not assuming the role of a savvy economist but someone who takes retrospection of my first-hand view on issues.

Before I proceed to examine the subject matter of this article, let me clearly state my position a prior that the number of ministers and deputies are too many and could have been less. But also be quick to add that this position of mine is rather spontaneous and dogmatic without any shred of evidence except to compare with previous size. I am sure many Ghanaian are like me. This comparison is largely invalid because different governments come with different vision for growth and development. If we’re to have a nation-building debate, we will have to interrogate the issues ‘with heads that are meant for thinking’.

The gravamen of the issue is whether or not the President could have performed with lesser number of ministerial appointees and also the effect this appointment on our financial and resource dizzy nation. In short, the implication of the government’s size on growth and development. If this is not the issue, then I see no need for the cacophony by the citizenry. But does the size of government really matter for growth and development? The government position is that, it doesn't matter, as stated by Hon. Mustapha Hamid.

To independently answer this question, we need indicators for measuring the size of government. With the current issue, the number of ministers will not help unless we translate that into cost on our budget. An intelligent question to ask is, how much will the ministerial appointees’ impact on our spending? However, a wise person will ask in addition to that, how much contribution will they make to the growth of the country? I do not have answers to these two questions except to say that there is no definite for answer. I will present in some rather complex analyses but conclude with simply intuition that a layman can understand the essence of this article. You may therefore have to bear the torture of some of the paragraphs if you do no relate well with the subject matter of economics.

According to the IEA (2006), “government size [measured by expenditure/GDP] influences economic growth in quadratic equation fashion with increasing government size increasing growth until a point is reached beyond which growth would actually decrease”. This is the point where marginality productivity ratio is 1. This finding of the IEA about the country is consistent with growth models and the Armey curve. Adu et al. (2014) independently corroborated IEA’s finding by observing that government expenditure has a positive sign and the coefficient indicate that, 1% rise in government expenditure in Ghana, will raise real GDP growth through the multiplier process by about 1.0% in the long-run. Admittedly, this was opposed to the short-run. Adu et al. (2014) is also consistent with similar investigation in South Africa by Gadinabokao and Daw (2013). So on the question of government expenditure, the empirical evidence does not support the tears of the dissents.

Away from Ghana, Afonso and Jalles (2011) in a panel of 108 countries from 1970-2008 observe a negative relationship between growth and size of government. This is particularly so with weaker institutional quality. They measured size of government with a composite indicator of government consumption expenditure, government enterprises among others. There was however variation when size of government is interacted with the degree of democratisation of the country studies. But a study by Altunc and Aydin (2013) in Turkey, Romania and Bulgaria has a verdict too. They attempted to find an optimal expenditure and suggested approximately 25, 20 and 22 per cent for Turkey, Romania and Bulgaria, respectively. This further goes to buttress the point made earlier.

This doesn't suggest unbridled expenditure by government. As noted in the literature, there is a kind of inverted U-shape relationship between expenditure and growth. Also, the composition of government expenditure really does matter. Corruption induced expenditure will not produce the results highlighted in these studies. Based on Friedman's optimal public spending criteria, a threshold of between 12-50% is commonly established beyond which government spending will have a negative impact on growth. As a result, our interrogation of the cost implication of the appointment should be guided on what Ghana’s threshold is. If your analyses do not refer to this intuition, then you may well be engaging in needless noise.

What are the issues?
While I was preparing this write-up, my former boss asked me to be real and put the issues unto the ground. She was brilliant with that suggestion! The ground as I understand it means to speak to the facts, and the facts are what have been scientifically established. I simply convey the core message of this article as follows:

IEA (2006, Determinants of Economic Growth in Ghana, IEA Monograph No. 14

Gadinabokao, L. and Daw, D. 2013. An Empirical Examination of the relationship between government spending and economic growth in south Africa, from 1980 to 2011. Mediterranean Journal of Social Sciences, 4(3),, 235-242