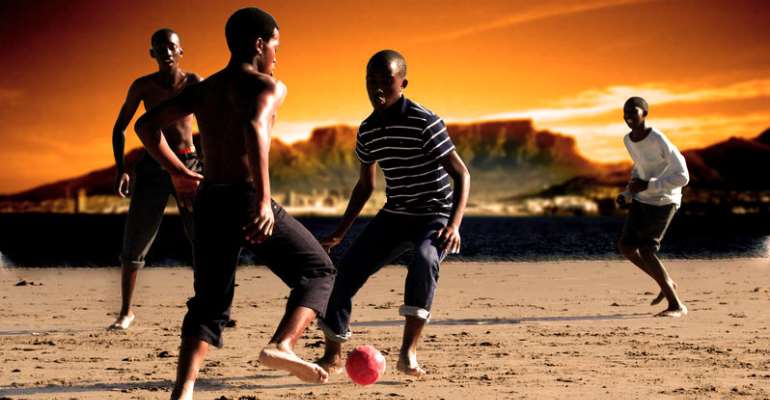 African football has a new head, and hopefully, a new direction. By 34 votes to 20, Madagascar's Football Association Chief, known by the single name Ahmad, has deposed veteran Issa Hayatou to become the new President of the Confederation of African Football. The outcome of the vote in the Ethiopian capital of Addis Ababa, is being hailed as signaling a new awakening for African football.

Hayatou, 70, a former middle distance runner and one-time General Secretary of the Federation of Cameroon Football (FECAFOOT), has directed the African game since becoming African football chief in 1988.

While some credit him with a series of reforms in the African game, including five representations for Africa in the FIFA World Cup, Hayatou has faced criticism of late for being authoritarian and failing to push Africa to rival Europe, for instance.

Hailing the verdict in Addis Ababa, an elated Chairman of the Liberia Football Association, Musa Billy, said: “Africa has made a decision. We are moving forward with football. We have chosen change over the last leadership.” He should have substituted inept for the last leadership. “We have proved to the world that we are ready for the change that is blowing in football across the world.”

Ghana's response to the change at the top, was given by George Afriyie, Vice-President of the local association. “His Excellency Issa Hayatou has done a lot for African football. But it is time for him to step back,” said Mr. Afriyie, who is also Chairman of the Black Stars Management Team.

Not many in Africa and beyond would lose sleep over the defeat of the dinosaur of African football. Of late, Mr. Hayatou has come to behave as if the game on the continent is his personal creation. The award of hosting rights for Africa's show-piece event – the African Cup of Nations – has virtually been dictated by the former teacher, who abandoned the classroom to lead football in Africa.

The reforms in the Federation of International Football Associations, which toppled octogenarian Joseph Sepp Blatter, nearly swept Hayatou off his feet.

The defeated African football chief was on the radar of Federal investigators in the United States over the scandal that eventually toppled Sepp Blatter as boss of FIFA, and that old fox of African football could be a casualty if the Cameroonian ever set foot on American soil.

His exit should offer the continent a fresh start in the organisation of the game. The Chronicle would like to believe that the reforms promised on the campaign trail by the newly-elected boss of African football, would not remain mere paper guarantees, and that they would be put to practical use to change the face of African football.

We would like to see the new revolution in the African game taking seed in all the 53 federations. The time has come for the old archaic methods of running football by the various federations in Africa to give way to true professionalism, which alone, would continue to churn out the talents to rival Europe and South America, for instance, for global supremacy.

Africa has the talents. As far back as the 1970s, Edson Arantes Dos Nascimento, otherwise known to the global game as Pele, arguably the greatest player to grace the global game, predicted that an African team would win the FIFA World Cup before the end of the last century.

It is 17 years since the century ended. But that African triumph at the World Cup is still a mirage. The Chronicle would like to urge the new leader of African football to focus his attention on realising that dream sooner than later.

Football offers a lot to the youth in Africa. It is the direction of the game that has got most accomplished stars off their mark. In Ahmad, at 57, and relatively younger and brimming with ideas, there is every hope that the leadership would be provided for the whole of Africa to improve on how the game is administered.

Let the election of Ahmad bring a new hope and beginning to the African game.