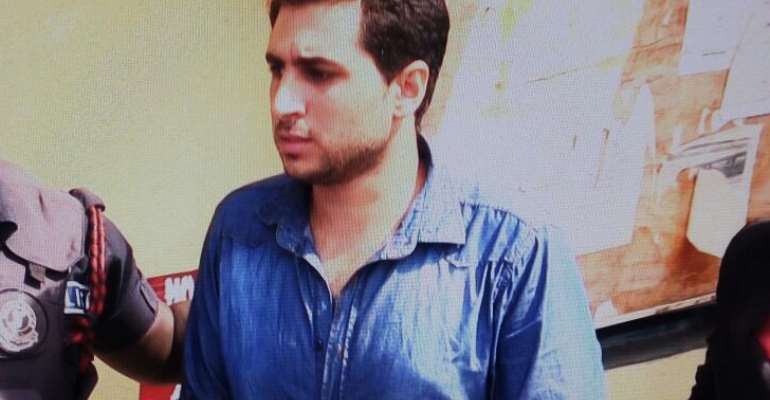 Parties in the case in which Jihad Chaaban, the manager of the Abelemkpe Branch of Marwako Restaurant in Accra is standing trial for assault, had a tough time justifying their request for an adjournment yesterday.

The prosecutor, Chief Inspector H. A Hanson, initially prayed the court to adjourn the case for two weeks because the victim-Evelyn Boakye was not mentally and psychologically fit to testify in the matter.

He argued that the victim was “really traumatized” by the action of the accused.

Human rights lawyer Francis Xavier Sosu, who was also in the court, also prayed the court to grant an adjournment.

He said the victim was scheduled to report to the Korle-Bu Teaching Hospital yesterday morning, adding that Evelyn must have a clear mind in order to fully assist the court.

Tussle
But the rather resolute judge Victoria Akua Ghansah refused the request for an adjournment of the case.

She said the case would not be included in the list of cases lawyers just come to court to seek two-week adjournments.

The judge stated that “I am not taking any adjournment from any of the sides, call the witness into the box.'

Ms Ghansah continued: “Any adjournment will come from the court, if the court is satisfied that the victim can't testify, it will be adjourned.”

The judge argued that “you have gone to bring these horrible men and women (referring to the gun wielding police officers outside the court) to torment me in this small court; hey proceed.”

In the view of the judge, the court was ready to expedite the trial and would sit up till 4 pm.

This compelled the prosecution and defence lawyer Julio Dedeiros, who said he had another hearing in another court, to take the evidence of the victim.

The accused, 26, is reported to have dipped the head of Evelyn, an employee of the eatery into blended pepper on February 26, 2017.

According to the prosecution, the accused offensively conducted himself when he angrily called the complainant a “prostitute.”

Jihad is facing an additional charge of intentionally and unlawfully causing harm to Evelyn when he reportedly dipped the head of the complainant in the blended pepper.

Evidence
Lead in evidence by the prosecutor, the victim told the court, which was flooded with spectators, how Jihad dipped her face into the blender containing blended pepper, ginger, onions and garlic.

The evidence of the victim, which was interspersed with sobs, compelled other people in court to murmur.

She said on the day of the incident, she was asked by one of her supervisors called Bernard Opoku to assist her colleagues in the Dish Out Department.

Evelyn said when she got to the department she saw her colleague, Susan Dovlo slicing onions and asked her to bring the blender for the vegetables to be blended.

The victim said after she put the pepper, ginger, onions and garlic into the blender, she heard Jihad angrily shout from behind “what are you doing? What are you doing Sharamunta!”

The victim said the accused, who was closer to her asked her again “what is this? What is this? Don't you know that you are destroying my blender?”

Evelyn stated that Jihad angrily removed the flask while the motor was running and dipped her face into the pepper, insisting that as a result, the pepper entered her eyes, mouth and nose.

She said the accused ordered her to leave immediately, adding that her colleagues on duty assisted her.

The victim said she stayed in the dressing room with her burning face and eyes for six hours.

She explained that she has teary eyes and has been forced to wear shades to enable her walk in the sun as a result of the incident.

Under cross-examination by Julio, Evelyn said she would not change anything in her evidence and that for the seven months that she had worked with the company, she had not been posted to any other department.

Bail
Meanwhile, the court has admitted the accused to bail in the sum of GH¢20,000 with two sureties.

As part of the bail conditions, Jihad is required to report to the Tesano Police Station every Tuesday and Friday until otherwise varied by the court.