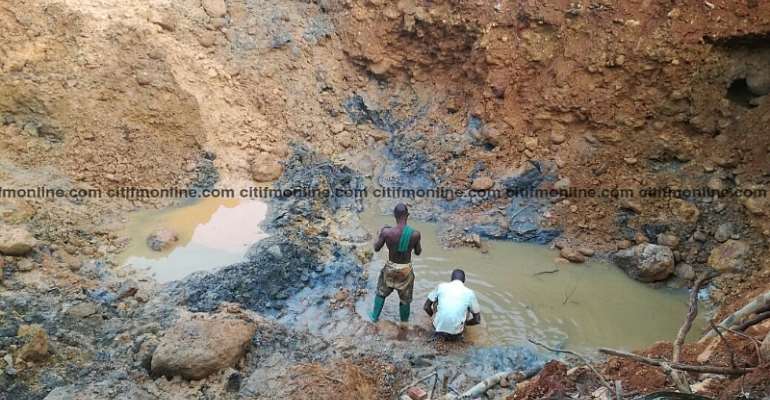 All rivers were not polluted in a day. All of us including you, yes you my reader saw the rivers polluted bit by bit, but we gave no attention to it. Each of us felt it was the work of that man. Perhaps we said to ourselves that people are paid with our taxes to carry out that function, so why must we worry about it.

Some of us did not even have any clue that the brownish rivers we all see and pass by are the same that end up in our taps. Go to the Daboase Treatment Plant and see how the yellowish Prah River is scooped and sent to our homes on daily basis.

I guess if many of us had visited these plants, we might have been angrier enough and called for immediate end to galamsey by whichever means practicable.

That said; let us see how we got here and how we can get out of this mess. 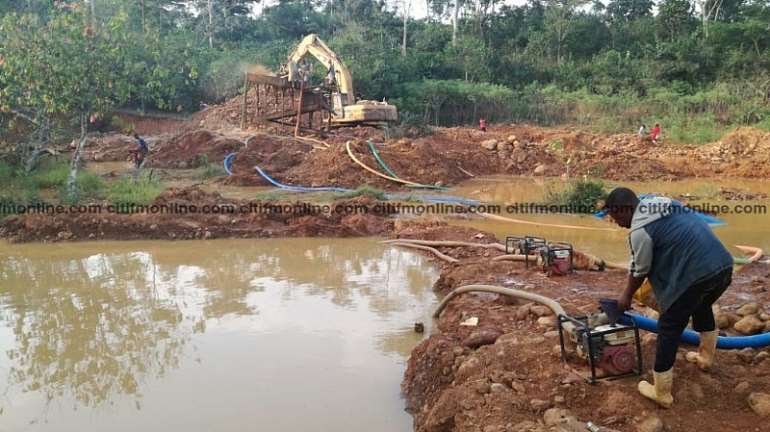 Genesis of today's trouble
“Galamsey” gave birth to small scale mining in 1989 when the government realized that, apart from the large scale mining companies like the Anglogolds, revenue could be generated from those traditional dig and wash [the pick-axe and shovel] method.

As a result, PNDC Law 218 legalizing small scale mining came in. Prior to this “new” act, people were doing the dig and wash.

Until sometime around 2006-2007, people who acquired licenses to do this small scale mining [dig and wash], were doing it somehow the right way. They were not digging down farmlands and in river bodies. 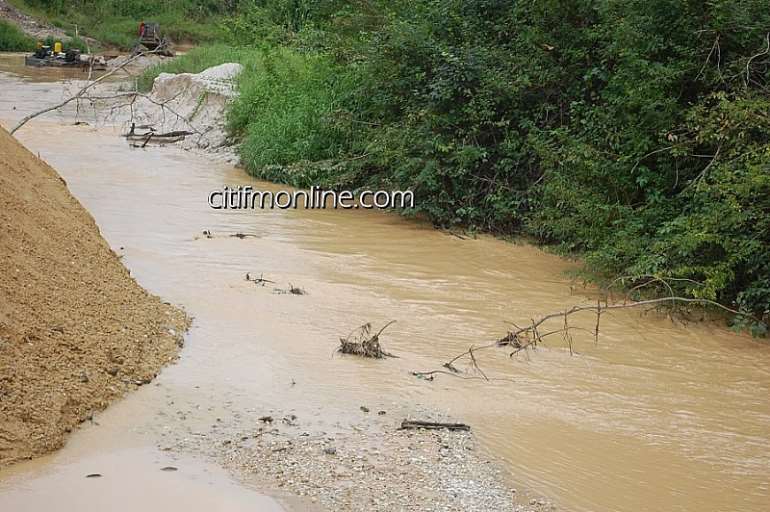 Didn't the regulators notice the mess?
But, after 2006, a new phenomenon came up. Global demand for gold was increasing whilst the population was also increasing. Contribution of other means of supply of gold other than the multi-national mining companies was very much appreciated.

Small scale miners realized the primary tools were not efficient enough to catch up and so they required some heavy equipment in order to increase their yield.

Some of the miners resorted to banks, politicians and other businessmen for loans to acquire the equipment. By 2011 and 2012, a good number of excavators had been introduced into the sector which was supposed to be called small-scale mining.

Some businessmen and politicians at various levels realized the potential and then bought equipment and lands.

The Minerals Commission was needed to streamline this new form of mining because the face of small scale mining was changing. However, the regulatory environment did not match up with the trends. Was it that the regulators did not see it transitioning or it that they were coerced?

Why chiefs involvement?
About the same time, some chiefs in resource rich communities saw the benefit of giving out lands to these investors because, their share in the form of cash was paid instantly to them by the one coming for the concession.

They had also found an antidote to the Mineral's Commission attitude of giving concession to miners without the knowing of the traditional authority in the communities. When they get to know, their royalties also take only God knows how long before it gets to their reach, amidst all manner of statutory deductions. 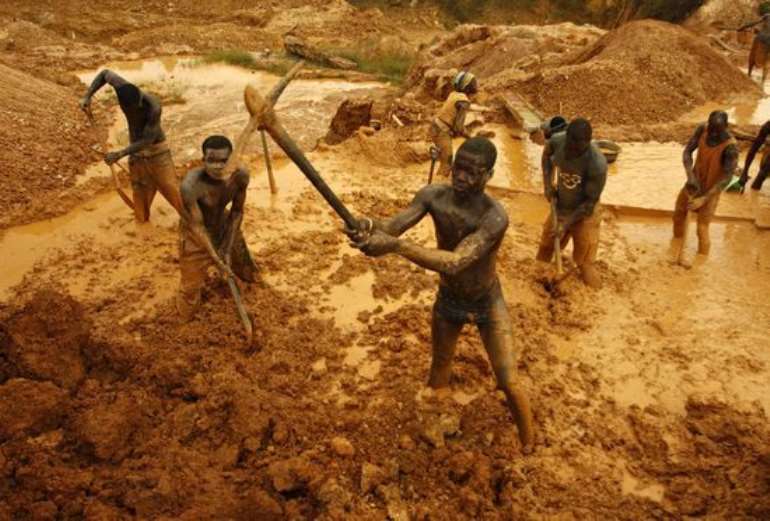 So this time, the chiefs were going to give the concessions to the miners before the Minerals Commission even dreams of it. It was nice doing business with the politicians and the businessmen.

The coming of the Chinese
The Chinese, with their “African Gold Invasion” policy, have heard of the booming small-scale turned medium scale mining in Ghana.

Apparently, some Ghanaians who had spotted the lapses in the law, and were capitalizing on it spoke to their Chinese counterparts. As businessmen too, they came in their numbers. 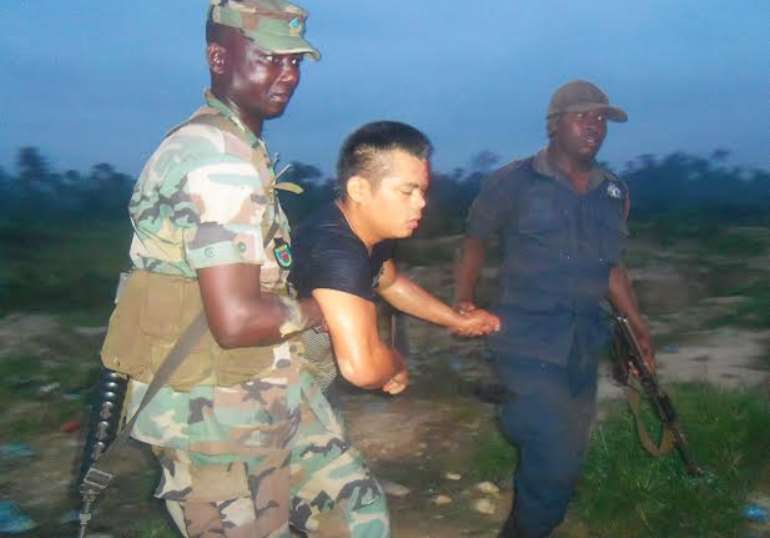 They came with huge amounts capable of buying heavy equipment, as well as paying huge untaxed instant monies to chiefs and land owners in the name of doing small scale mining.

With new methods, they could get more alluvial gold in places already mined by the dig and wash methods. It's a new dawn! Already mined sites were resold.

Why carats over cocoa
The excitement of getting the cash “fiili fiili” [Physically or tangibly], got cocoa farmers with reserves on their lands to get their Gh.1million cash instantly without waiting for a crop season to be paid “peanuts” by COCOBOD.

Also, the corruption at Agric district offices during the John Mahama administration; the period which saw escalating abuse in mining in post 2000s, over “free” fertilizers to revitalize old cocoa trees, and the cumbersome procedure to acquire the inputs were enough incentive to end it all by selling the trees instantly for a cold hard cash. And the Chinese and politicians and other businessmen were ready!

Why increased mining in major rivers
The pollution of the major rivers did not start today. It started when there was a shift from primary tools to mechanized methods of small scale mining. Indeed, the Water Resources Commission's report points back to this period.

How did the shift from use of primary tools to earth moving equipment and the “changfan” pollute our rivers? This is it. People have bought this equipment, but there was a challenge in securing lands for their operations. 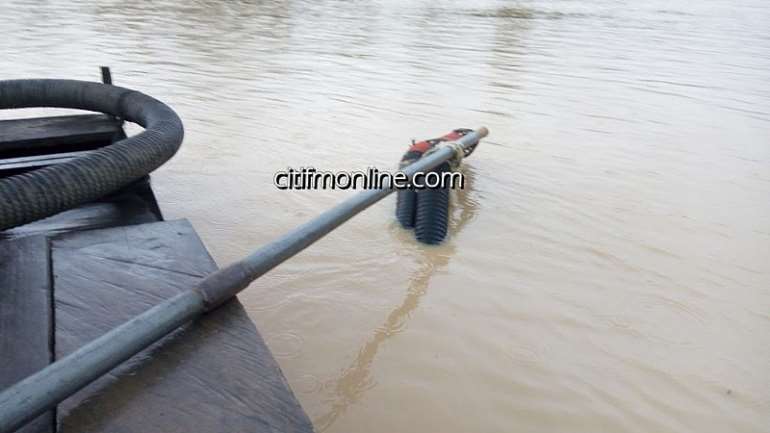 The reason is that the big mining firms had acquired almost all the concessions. Occasionally, they were crashing with these small scale miners on their concessions. 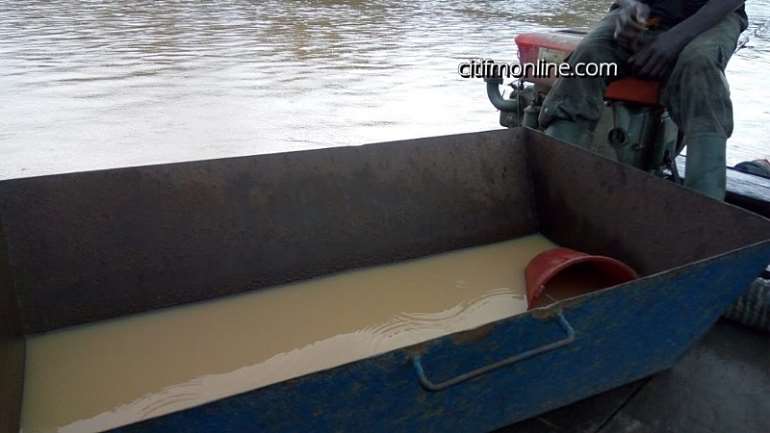 But these miners, despite the prohibition from mining in river bodies, saw these rivers rich in alluvial gold lying unprotected by the state. That explains the abuse. Even the Ghana Water Company Limited whose primary existential relevance hinges on these rivers did very little to protect its sources. It only engaged in the business of complaining about water levels and turbidity.

The surge and the driving forces
The main factor driving the surge in the menace is the inability of the Minerals Commission to rise to the occasion. The Commission could not foresee the transition when small scale miners shifted their focus on use of primary technology to heavy equipment.

If it had foreseen, it would have proposed and facilitated the right regulations to create the medium scale mining law to streamline their operations.

Over 10 years, we still have not realized the miners have graduated to medium scale which requires new regulations. This laxity has led to acute shortage of water to some parts of the country, and the situation isn't getting any better.

Sekondi-Takoradi has lost 3 million gallons of water from the Daboase Water Treatment plant due to low levels of water and artificial islands created by illegal miners at the intake point. 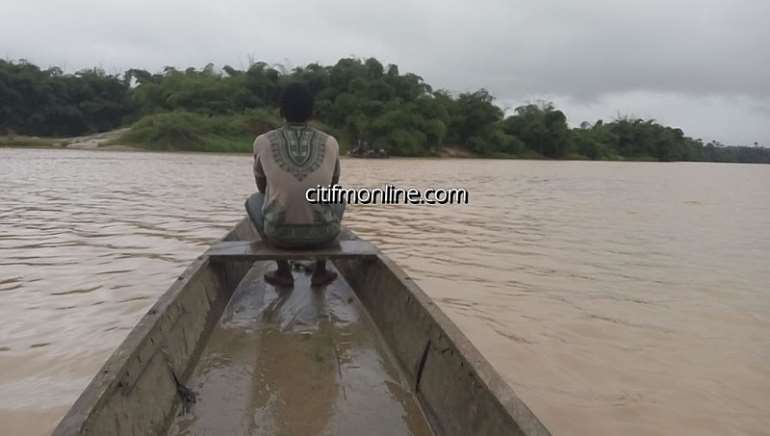 The discolored Pra River affected by galamsey.
Suyani and its environs are not spared. Basic necessity such as water, Ghana cannot ensure it constant supply 60 years on. This country is sick!

Truth is that, when the resource and the means to extract are available, it makes no economic sense to keep it there. People would want to mine it. This is where the regulator needs to sit up. Speed up the introduction and passage of a medium scale mining law. 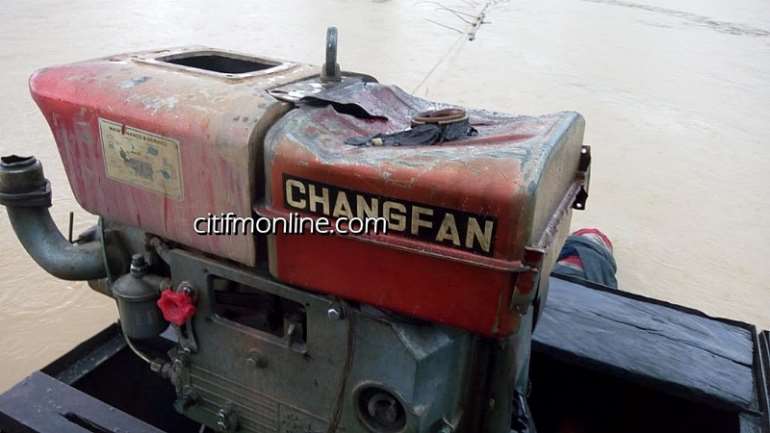 Truth is that, perpetrators of the illegality have hidden behind unemployment to advance their greed and their quest to get rich quick in a manner that defies logic and common sense.

Which company in Ghana is allowed to work against the laws of the land, but is allowed to continue on the grounds that it employs people? That is it. So the fact that those behind the illegality are employing some youths does not mean they do that on the back of joblessness of the youth. Greed is the driving factor.

Stay tuned for solutions to the threat posed to our rivers and the environment.