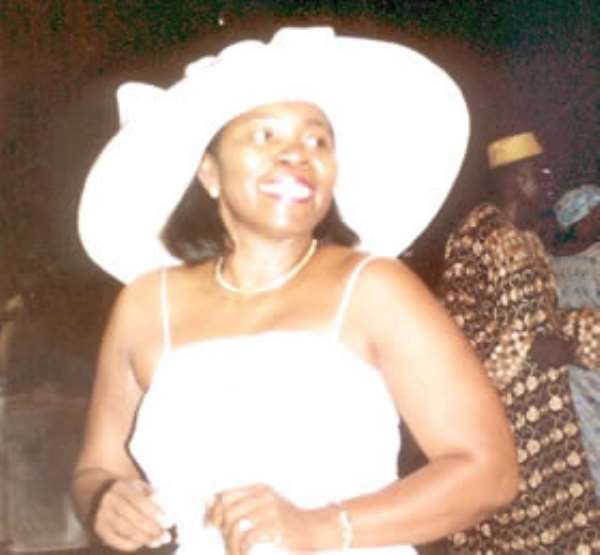 ...in 'smart' bid to lease gov't land (Chronicle) -- ATTEMPTS BY the Director General of the Ghana Broadcasting Corpration (GBC), Ms Eva Lokko, to lease a portion of GBC lands to the Prudential Bank Limited, without clearance from government, has been exposed by Chronicle investigations.

Chronicle gathered that, recently in a meeting among GBC's Board of Directors, Management and the Staff; Ms Lokko denied vehemently that GBC ever attempted to lease any portion of its land.

However, some documents intercepted by The Chronicle indicate that plans were seriously underway to lease the land to the Prudential Bank, and as part of the process, Messrs Assenta Property Consulting, who did the valuation of the property, had finished their job and were waiting in the flanks for their ¢3,000,000 fee.

Allegations by GBC staff that an amount of ¢1.321billion that had been paid into the Corporation's call account at the Prudential Bank, was part payment towards the leasing, was however denied by the bank.

Chronicle investigations have also revealed that the area to be leased is considered a high security zone and very vital in protecting against any attack on GBC.

The paper learnt that even some food sellers who encroached on the land some years back were ejected by the management of GBC, for fear of their presence offering cover for dissident attacks.

The Head of Administration of the Prudential Bank, Mrs. Ankrah, admitted to The Chronicle in an interview that there had been some negotiations for the land to be used as a car park by the bank.

She, however, added that Prudential Bank lost interest in the deal because they had wanted to rent the land over a long-term period but GBC was willing to lease the land for only a short-term period.

She noted that due to the marshy nature of the land, to rent it for a short-term would be a loss to the bank, since much would have been invested to make the land conducive for car parking.

She said the last time they met with GBC to negotiate over the land was in December, when they made it clear to Ms Lokko that the bank was no more interested in the deal, only to hear from Ms Lokko that the staff had accused her of attempting to sell GBC lands.

"Not even a cent was paid. Even we did not talk about how many years we would rent the land, how much more to make payment," she wondered.

However, documents gathered by the paper indicate that, based on a negotiation between the two parties on January 17, this year, Messrs Assenta Property Consulting was hired immediately by Ms Lokko to value the land in order to lease it very quickly.

The letter sighted by The Chronicle, stated that: "The management of GBC intends to lease a portion of its land situate at Kanda on the Ring Road Central to the Prudential Bank as car park.

"You are requested to provide the annual rental value of the property. Please find attached, the site plan, with the site shown edged pink.

"You can call on the Estate Department during working hours for inspection of the site and any other assistance you may require."

The paper further learnt that by February 2, this year, Messrs Assenta Property Consulting had finished with the valuation and submitted an invoice for the payment of their professional fees of ¢3,000,000.

In response to the submission of invoice by the valuers, by March this year, GBC was working out the internal processes to facilitate payment of the consultancy fees.

The Chartered Valuation Surveyor of Messrs Assenta Property Consulting, Mr. Yaw Osei Owusu, confirmed that he had completed the valuation of GBC's portion of the land to be leased. He said he was still struggling to receive payment for the work done for GBC.

The Chief of Staff, Mr. Kwadwo Mpiani denied to The Chronicle that he had received any information from the GBC management in respect of attempts to lease a portion of the Corporation's land to a private entity.

He said if GBC wanted to lease or sell any portion of its land, that since it belonged to government, they would have to seek permission from the Minister of Information, who in turn, would seek clearance from the Chief of Staff.

The Minister of Information, Mr Dan Kwaku Botwe also denied that he had ever received a letter of permission from the management of GBC.

He said under normal circumstances, GBC would have had to make their intentions known to the sector ministry, then the ministry could task a government surveyor to do the valuation of the land before negotiations for leasing could proceed, rather than engaging a private entity at a fee.

"In fact, it is not right for GBC to attempt to lease a portion of their land without informing me," he added.

The Board Chairman of GBC, Nana Kwabena Nketiah V, in an interview with The Chronicle said as far as he was concerned, no GBC land had been leased yet, so there should be no cause for alarm.

He said GBC management does not have any right to lease or sell any portion of its land without recommendation from the board.

On the current investigative audit taking place at the GBC, the Chairman assured that the board would not be lenient with anyone who would be caught engaging in any corrupt practices.