Inflation rate falls to 13.2 per cent in February 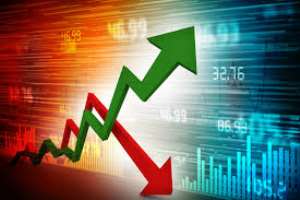 Accra, March 15, GNA - The rate of Inflation fell marginally in February to close at 13.2 per cent, down by 0.1 percentage point from the 13.3 per cent recorded in January.

Mr Baah Wadieh, Acting Government Statistician, attributed the drop to a marginal decline in the price of fuel.

The Food and non-alcoholic beverages group recorded a year-on-year inflation rate of 7.1 per cent, which is 0.1 percentage point higher than the rate recorded in January.

Five subgroups of the food and non-alcoholic beverages group recorded inflation rates higher than the group's average rate of 7.1 per cent.

The non-food group recorded a year-on-year inflation rate of 16.4 per cent in February compared to the 16.6 per cent recorded for January 2017.

Transport recorded the highest inflation rate of 23.3 per cent, followed by Recreation and culture with 22.8 per cent, Furnishings, household equipment and routine maintenance with 22.5 per cent, Education with 19.6 per cent, Clothing and footwear with 17.8 percent and Health with 17.1 per cent.

Inflation was lowest in the Housing, water, electricity, gas and other fuels subgroup at 7.1 per cent.