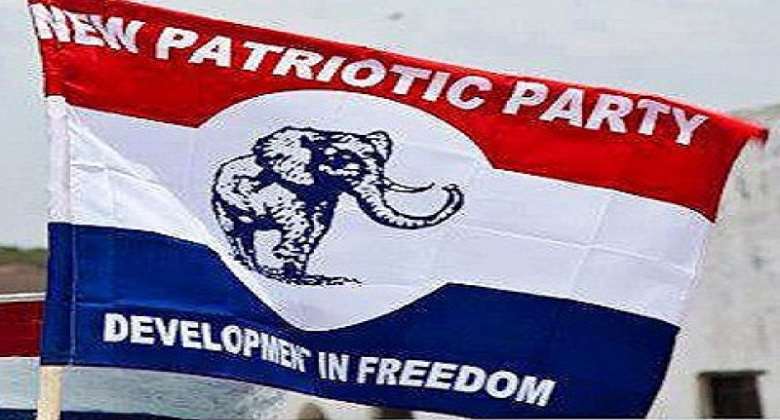 Well, I first of all admit that I may be myopic or too narrow-minded to foresee the brighter side of this gargantuan numerical composition of this current NPP government. Hmm! the last time I checked, babies were not allowed a platform to express their views on relevant matters pertaining to the state of affairs in the country. Maybe I am one of the “sharp-teethed” anyway so my hot blood could not permit me to remain mouth-tight.

Ghana is a country solidly grounded on modern democracy but the gerontocratic mindedness of our people is sometimes cover block making it difficult to put forward even a constructive opinion.

Before I continue, let me make it clear that I was the number citizen who was so fed up with the erstwhile NDC government’s pathological incapacity in the form of their woeful inability to protect the public purse from the scavenging apparatchiks of their party. So fed up was I that, if I were to take part in the December 2016 elections, even Mama Akua Donkor the ‘comedian’ would have comfortably earned my vote over the NDC should her had made her way successfully into the presidential ballot paper ( that’s if I had had no preference at all).

The NDC government demonstrated beyond boundaries a naked insensitivity to the plight of the Ghanaian voter. So legendary was their incurably lukewarm insensitivity that they were handsomely and deservingly rewarded with the humiliating and record-breaking electoral defeat in the December 2016 general elections; for the first time a Ghanaian boldly and logically slapped mediocrity so hard in the face. The secret political potion of the NDC woefully failed to avert their flat fall. Ghanaians resorted to the elephant party for a comforting liberation from political woes.

The question is ‘is the NPP worth the confidence reposed on them by the Ghanaian voter?’

Well I personally feel it will be unfair, cynical and premature-concluding to begin passing judgments as to the bloom and doom of a government that is barely 100 days in power. But, the elders say that the early stages of the masculine under-balls determines whether it is ending up with hernia or not (yes poli!).

Away from my blabla is the bigger question ‘Is the NPP laying a foundation for a four year rule?’

I had read some news a few days ago attributed to the controversial Kwame A plus in which he purportedly said that the NPP government was in for only a four year term. His reason according news outlets was the “fighting over positions” (in his own words according my personal verification from his Facebook account).

Although I cannot independently confirm his claim, I think there is some element of sense in his conclusion that the elephants are in for only a four year term. Oh yeah!

My observation may not represent the truth. But, why on earth would the president of the republic His Excellency Nana Akufo-Addo take this unpopular decision to constitute a government comprising one hundred and ten (110) ministers? Ye Kaman how?

Per my own check, the erstwhile NDC government under President John Mahama had in total of 84 ministers and deputies (the highest at the time since Ghana’s return to democratic rule in 1992). President Nana Addo’s appointments in simple arithmetic is in excess of 26 ministers (basically the same population oo!). Of course we should not expect the number of ministers in 1992 when the total population stood around 15million to be the same as 2017 when we are almost headed 30million. But, a ministerial excess of 26 between 2016 and 2017 (you can say 2012) is surely questionable logically. That is not the matter anyway. The matter is the terrible state of the economy (as portrayed by the government) and its relation with wages and salaries for all these ministers as well as all public sector workers. I mean for a party that preached so hard on prudent management, this is surely a contradiction and a total departure from the grounds it stood yesterday. I hear some whopping GHC 20million will be going into ministerial salaries alone annually.

The more worrying aspect is what will become of the government size should they get a second term. Because, the numerical composition of previous governments is generally incremental after every four years since 1992.

Back to the issue of whether the government is laying a foundation for a four year rule! In a logical perspective, this whole scenario appears like a ‘this is our last chance’ affair where whoever is left out is at a complete lost; the reason for which ‘anyone that matter’ must at all cost be awarded a ministerial portfolio (I don’t just gerrit!).

I hear some people saying that the president is compensating people for helping catapult the party to victory (Like for real? Since when did we start rating political parties over state interest? …It’s just a claim anyway). Again, if the government does not share this tag, why that 2-3 deputy ministers into some ministries whose roles are as murky as ideal milk? Some of the ministries are even duplications for real (I admitted I may be myopic). This and many others leaves some of us wondering whether the elephants are worried over a second term victory and for which reason they must make hay while the sun shines (your victory is secured anyway if you prove to merit it)

Frankly speaking, I am the number one citizen who hopes to see this government succeed. I really hope to see all the well-architectured campaign melodies coming to fruition. If for no reason at all, the economy will get on track, the ordinary Ghanaian can smile at least for taking breakfast with tea bread again; And of course my dad in the village can reserve some small cash for contingency expenditure on his 1950 phoenix bicycle (oh yeah it is very dear too his heart!) should the economy get better.

On this note I cease this rare chance to congratulate Mr. president on your massive victory and wish the government a Mosaic victory over Pharaoh the great (the big economic woes I mean; what else!.. Mr. President and the gurus are too busy to see this anyway!).

I cannot still sign off without commenting on Mr. President’s Batakari attire on the 60th Independence Day parade. Someone should tell him for me that he looked awesome. I hope to see him dress more the Ghanaian way. I really do not like him in that always-over-sized suits. God Bless Our Homeland Ghana!

More Feature Article
ModernGhana Links
IGP Dampare, I will be very glad, if you clear your name from this murder case
Rejoinder: The Next NPP Leader Must Be a Northerner – Nana Obiri Boahen
Punishing the Unvaccinated: Europe’s COVID-19 Health Experiment
The Shameless Compromises Of The One-Party Political Elite Against The Ghanaian Electorate -2022 Budget
It is time, Akufo Addo, to stop convincing Ghanaians that you are fighting against corruption
Are We Receiving The Restitution We Seek?
Selective Justice is InJustice
Arrogance of power is NAPO; NAPO is arrogance of power
Ghana’s Tax System – PART 2 (MOMO Tax vs CSOs & Other NGOs)
TOP STORIES