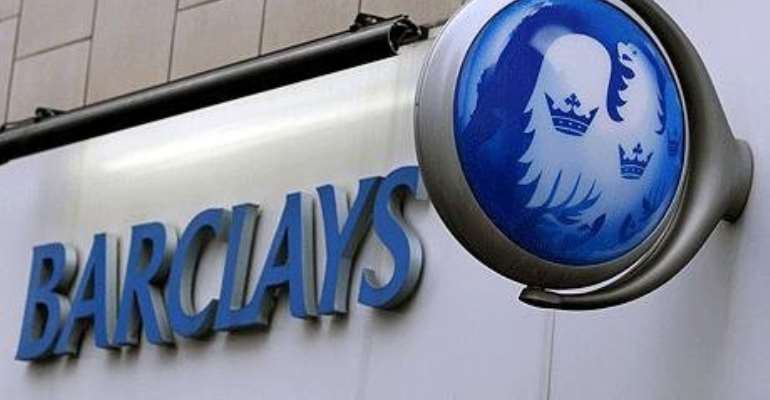 Barclays Africa Group Ltd. sold less than half its target in a bond auction as a wall of debt issuance by South African banks and the impending exit of its U.K. parent, Barclays Plc, damped demand.

Barclays Africa offered 1.5 billion rand ($113 million) of notes on Monday but raised only 642 million rand within price guidance, according to Deon Raju, head of treasury at the Johannesburg-based lender.

South African banks have raised 17.1 billion rand of debt this year, more than double the 7.8 billion rand in the comparable period last year, to comply with new rules under the Basel III global reforms that require lenders to hold more liquid and long-term capital. The pending sale of London-based Barclays’ remaining stake in Barclays Africa added to investor concern, according to Kagiso Asset Management Ltd.

“There is a lot of bank paper being issued at the moment as banks prepare for Basel III,” said Gavin Wood, chief investment officer at Johannesburg-based Kagiso. “The Barclays sell-down is an incremental negative and clearly Barclays Africa didn’t want to move much on pricing so issued less.”

Separation Anxiety
Barclays announced plans a year ago to reduce its stake in the South African lender as increased regulation in the U.K. market made holding the asset more expensive. Having sold more than 12 percent of Barclays Africa in May, the parent company now holds just over 50 percent. When presenting its full-year results last month, the British company didn’t say when or how it would sell more shares.

The “divorce” is a concern and Barclays Africa shouldn’t be used as a proxy for the appetite for corporate debt because demand for quality paper remains robust, said Conway Williams, head of listed credit at Futuregrowth Asset Management in Cape Town. Bank issuance has risen, with 15 billion rand of sales expected in March, because of bond redemptions, significant spread tightening and pent up demand from investors, he said.

During the second half of last year, the majority of Barclays Africa’s subordinated debt was raised via private placements, which may have “cannibalized appetite from a handful of larger accounts in terms of limits,” Raju said. The crowded issuance calendar also weighed on demand, he said.

“We are happy that we achieved a diverse order book from the smaller investors and obtained tighter spreads,” he said. “The general feedback on volume was that one or two of the asset managers are staying on the sidelines for now.”