Is The NPP Digging Its Own Grave? 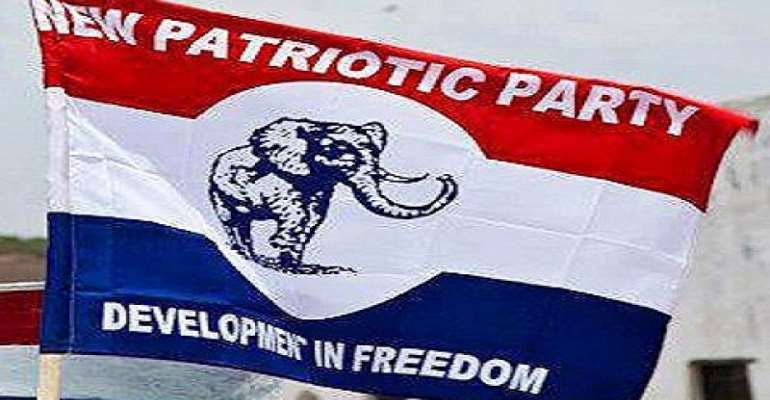 It was all joy and every corner of the country was filled with great excitement. Immediately after the declaration of the 7th December 2016 election results, traders, importers and marketers all joined the excitement and as if the excitement was not enough they went further to reduce the prizes of goods. This gesture demonstrated in clearly that majority of Ghanaians have enormous confidence and trust in the Akuffo Addo/Bawumiahs administration.

The 2016 elections experienced one of the most intensified campaigns from both the erstwhile NDC government and the now ruling government (NPP) which was the main opposition political party in the last 2016 elections. . For the main opposition party at the time (NPP) it was a fierce battle since their flag bearer Nana Adddo Dankwa Akuffo Addo was leading the party for the third time after losing the 2008 elections to the late professor Mills of the NDC, and 2012 to ex president John Dramani Mahama respectively.

The negative stigma of “not a marketable” candidate that has been imposed on the flag bearer ( Nana Addo) of the NPP by some leading members of the NDC and within his own party had to be proven wrong this time and this demanded a great deal of efforts and strategies to win the elections at all cost. Moreover 12 years in opposition undeniably wouldn't be a pleasant situation for the npp.

Indeed, with the pervasiveness of deep rooted corruption, Dumso, high levels of unemployment, non payment of statutory payments, near collapse of the NHIS etc, the NDC had to work hard to counter the juicy promises and policies of one district one factory, free SHS, one village one dam, planting for food and jobs among others by the NPP in order for John Mahama to win a second term.

For the first time, many groups majority of whom were pro npp mushroomed all over the place going into the nook and cranny of the country to canvass for votes and support for Nana Akuffo Addo. The incorruptible appearance of the flag bearer and his much touted commitment to fight corruption was very appealing to many of these groups which gave them great momentum to fight on, campaigning in traffic, rainy weathers, farms, school campuses and many others just to secure a victory for the three times presidential hopeful.

After the elections, the president (Nana Addo Dankwa Akuffo Addo) started forming his government a record which has never been witnessed in any past president of the country. In less than one month in government, he had selected all his substantive ministers, his key administrative staff and other relevant positions in government.

The president went further to indicate how quick he wants to get things running in his first state of the nations address (SONA) in parliament. After what seems to be a great deal of effort by the president to get things moving at a very fast pace, there appears to be some disenchantment among some members of his own party especially at the local level about various appointment that have been made and are yet to be made.

Whiles some of the reasons appear legitimate including giving appointments to people who fought very hard to bring the party into power others appears to be flimsy and constitute a distraction to the constitutionally mandated duties of the president. What is so worrying is the fact that different groups of supporters at the grassroots seem to have their own preferred candidate and have gone ahead to organise press conferences that they will accept no candidate as a DCE or MMCE except the candidate they want. The question I want to ask is that if we all say we want our candidate to be chosen by the president for a particular position without leaving room for compromises how can the president perform?

This is really worrying and doesn't speak well of a party that has been in opposition for the last eight years. Very soon most of these supporters have forgotten the hustle they went through in opposition and are creating and nurturing a situation that has a potential to send them back to opposition.

Politics is about compromises and the npp and its supporters must come to the realisation that not every member of the party whether he supported the party to win or not can get appointment. There are great financiers of the party who will not get any position in the party and the same goes to all those who went down to the villages to campaign.

Again the government cannot employ all party members in two months. It has a four year mandate and if members of the party want to enjoy the good policies the government has promised, the best they can do is to work hard for the party to spend more years in government. The more the government stays in power the more it is likely to address the very challenges for which they are fighting today.

Let the npp not forget that it is this same internal wrangling, insatiable desire for positions by some party leaders and general disenchantment by majority of its party members that sent them into opposition and today they look back and realise that they did a great mistake. The npp should not be swollen headed and misinterpret the 53% they secured in the last elections as an opportunity to do anything and Ghanaians will just sit quietly and be content with whatever is happening.

The party leaders and all ministers need our support as a party. If you are not appointed today, you may be lucky to get an appointment tomorrow. Our interest as supporters of the party is to make sure we hold our own leaders to account in order not to repeat the same mistakes that sent the ndc into opposition. I will end this article by saying that let's remember this popular proverb “ Had I known is always at last”. Let's give the president a breathing space to appoint the best leaders who can help him achieve what he has promised to Ghanaians. He is a human being and may make genuine mistakes. We must support him to succeed.