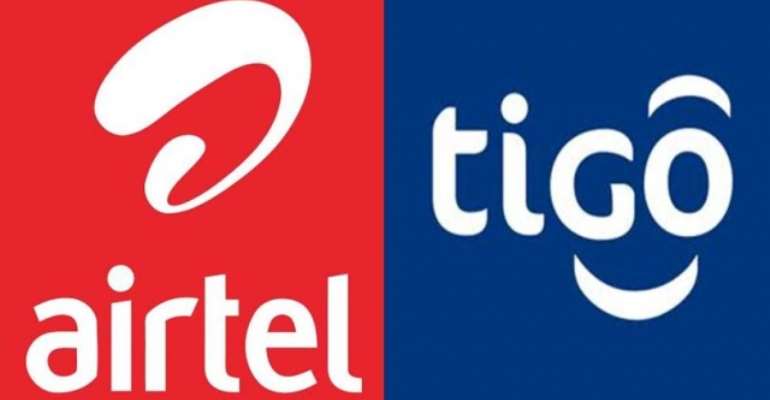 Citi Business News has gathered Tigo’s current MD, Ms. Roshi Motman is likely to be named as the MD of the new entity to be created following the merger of Airtel and Tigo.

It is unclear yet which position the current MD of Airtel Ms. Lucy Quist will be occupying following the merger.

The parent company of the two telecom operators early this month – March, officially announced their merger in Ghana.

The merger between the two is likely to push the new entity to the number two spot of leading telecom operators in Ghana, after MTN, which is the currently the biggest telecom operator in Ghana.

Under the merger, the two companies will be holding an equal share in the new stake.

The merger of the two companies is however subject to obtaining approval from relevant authorities in Ghana and the satisfaction of customary closing conditions and is expected to take months and even likely a year to complete.

During that period, the two leaders; Ms Motman and Ms Quist are expected to work together for the consolidation of the new entity.

Staff casualties
Citi Business News’ checks reveal that there is likely to be some job cuts following the merger.

It is not clear which positions and departments will be affected in both entities but the move has become necessary to avoid a possible duplication of roles.

Citi Business News has gathered Airtel will today- March 14, 2017 address its staff on the way forward following the merger.

This is not the first time the two companies will be hit with layoffs; the telecom industry in the latter part of 2015 and early 2016, was hit with major layoffs and resignations as telecom companies restructured to stay in business.

The industry employs over 5,000 people directly, and about 1.5 million people indirectly.

Workers of Tigo and Airtel at the time were the worst hit by the layoffs.

Airtel Ghana for example in late 2015 laid off a number of its workers in what  was described as a restructuring exercise.

Though it still remains unclear, which arms of the company were affected and how many people were  made to go home, Citi Business News checks reveled majority of the workers left by the end of January, 2016.

Aitel Ghana is not the only telecom operator to have made that move, Tigo Ghana in February, 2016 sent scores of its workers home following a major restructuring exercise.

The dismissals affected the company's commercial, marketing, call centre, PR, HR and procurement wings among others.

Tigo in mid 2014 embarked on similar move.
Reactions from Industry over merger
Meanwhile there appears to be some level of mixed reaction in the industry on the merger.

CEO of MTN Ghana Ebenezer Asante speaking to Citi Business News on the merger and how it will affect its operations said ”It's a marriage, it will evolve and we will see and we can only respond when we know the exact shape and form of that marriage. So early days yet, let's see how it evolves and we will respond accordingly”.

The merger which is the biggest of its kind in the history of the country is expected to increase competition in the industry.

Profits in the Ghana's telecom industry has been declining for some time as a number of challenges including Ghana's power crises, high cost of operations and low tariffs for telecom operators continue to hurt telecom operators.

Challenges in telecom Industry
The telecom sector has been a challenging one for some time.

Majority of the operators are unable to break even, let alone make profits.

A number of them had earlier told Citi Business News they are yet to recoup investments they made in the sector.

According to players in the industry, the sector is struggling to stay afloat as profits dip and competition increases.

Ghana's recent power crisis and hikes in utility tariffs is reported to have eaten away a chunk of their revenues.

MTN recently revealed it intends to spend at least 48 million cedis in 2016 due to the utility hikes.

While sim box fraud, theft of batteries at cell sites, low penetration of data, economic challenges including power crisis, cedi depreciation, forex volatilities  among others have hit hard on the operations of telcos, overcrowding of the industry has also affected returns of players.

A player in the industry who spoke to Citi Business News on condition of anonymity said 'most of the telecom companies are struggling, the sector is not as profitable as before, with the exception of MTN the rest are virtually on their knees'.

MTN Ghana's CEO on March 10, 2016 delivering a presentation on the company's performance for 2015 said 'some of the telecom companies are not making money, so they are not paying corporate tax.'

The industry has however been rated as a successful one for some time, justifying the current tax regime slapped on it by authorities.