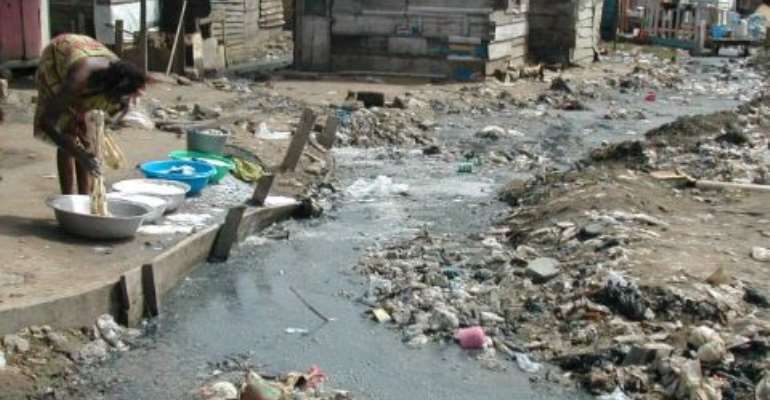 The Korle Lagoon ecological restoration project, which is estimated at $89 million, has run into difficulties.

The project is to restore the Korle Lagoon to its former state in which marine life was abundant and offer substantial improvement in the drainage system in Accra by way of ensuring efficient flood water conveyance to the sea.

However, contractors working on the second stage of phase II of the project, International Marine and Dredging Consultants (IMDC) from Belgium, have complained that whenever the lagoon was desilted, new garbage and materials went back into it, leading to the lagoon being silted again.

The problem, according to the consultants, was the result of the activities of residents of Soddom and Gomorrah and pollutants from upstream getting into the canals from other parts of the city.

Work at the second stage of phase II is mainly on marine, drainage and landscaping and is expected to be completed by the middle of this year.

The contractors made the complaints when Mr Danie Terblanche, the project manager of IMDC, briefed the minister for works and housing, Mr Hackman Owusu-Agyeman, in the company of the Greater Accra regional minister, Sheikh I. C. Quaye, and the chief executive of the Accra Metropolitan Assembly (AMA), Mr Stanley Nii Adjiri Blankson, at the project site in Accra yesterday.

Speaking to journalists, Mr Owusu-Agyeman said the project was an important one which should be completed at all cost.

He expressed the hope that when the project was completed, it could help attract tourists into the country.

Answering questions as to what the city authorities would do about the residents of Soddom and Gomorrah, Mr Adjiri Blankson said there were about thirty to fifty thousand people living in that area “so any action against them must have a human face”.

When asked to give a definite answer, since a lot of money was going waste owing to the presence of the people so close to the lagoon, he said, “Time will tell.”