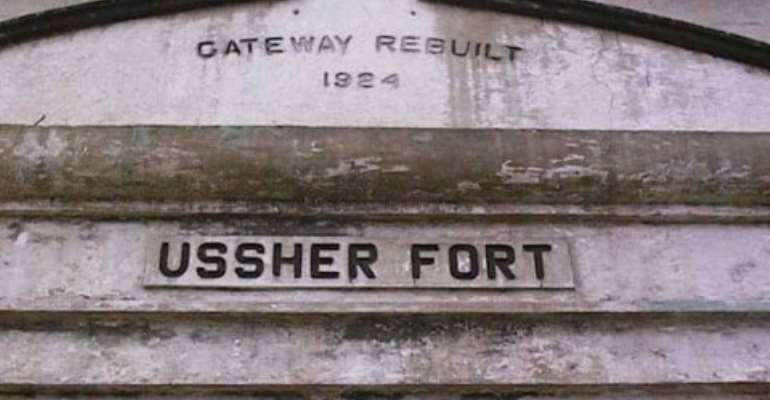 Accra, April 16, GNA - Government on Friday said she has temporarily relocated the alleged asylum seekers from the Darfur Region in Sudan from the premises of the Bureau of Ghana Languages to the Ussher Fort.
A statement issued by the Interior Minister, Papa Owusu Ankomah said the Ministry considered Ussher Fort to be the safest and most secured location presently available to accommodate the persons while their applications for refugee status were being processed according to the laws of Ghana and the nation's international obligations. The Ministry on Friday directed that the strangers be transferred immediately to a more secured location and that mandated the Ghana Refugee Board, with the support of the Ghana Immigration Service to start interviewing them to determine how they entered the country and about their general status.
Those identified as genuine asylum seekers would be accorded all the rights due them in accordance with the laws of Ghana and Ghana's international humanitarian obligations and those found not to be genuine would be repatriated to their countries of origin forthwith.