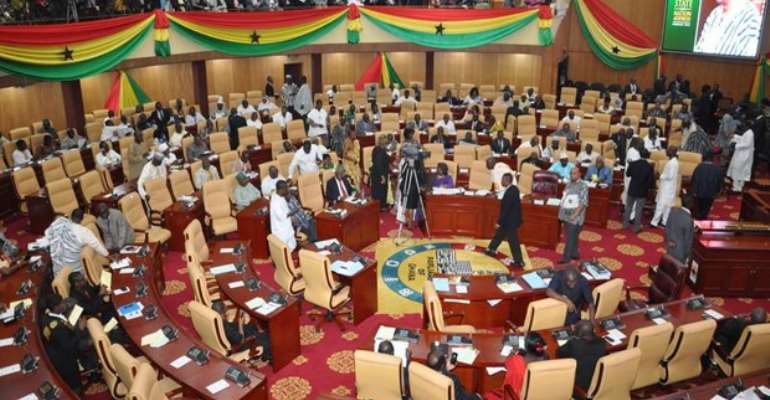 Political communication is not particularly different from other ways of using language. It is only sensitive and more political. Every one of us is, after all, a rhetorician. A mother cajoling her two year old son to finish his food is using rhetoric. Similarly, the government communications minister needs a bite of rhetoric to assure us that the President's extended stay in a foreign hospital is just a routine health check.

Communication (even before Marshall McLuhan predicted a global village) has ruled our lives, birthed our intentions and sometimes given us away. Quintilian identifies five steps of communication, which have come to be known as the 'canons of rhetoric': “The whole art of oratory, as the most and greatest writers have taught, consists of five parts: invention, arrangement, style, memory and delivery.”

Missing cars
My friend Sam Leith, former editor of the Telegraph (UK), explains the sequence better: “You think up what there is to say; you devise an order in which to say it; you light on the way in which you want to say it; you get all the aforementioned into your head; and then you take to your feet and let rip.” The narration should have three qualities: brevity, clarity, and plausibility (Ad Harennium).

How did the Head of Communications at the seat of Government, Eugene Arhin, go about the matter of 200 cars being unaccounted for at the Presidency? The cars have been reported missing. The Chief of Staff, Akosua Frema Osei-Opare, had written to solicit public support in tracing the missing cars.

The communication on the missing cars has been very murky. Reactions from officials of the former government suggest that the communication bureau at the Presidency did not do all the necessary consultations before proceeding to issue the statement. This prompted the former Deputy Chief of Staff, Jonny Osei Kofi, to brand Eugene Arhin's statement as “false, baseless and without merit.”

Style and rhetoric
The former Chief of Staff said “the claims represent a continuation of the distortions and the bad faith that have characterised the conduct of the NPP's side of the transition team.” The Assets and Logistics Committee of the NPP Transition team, according to him, was given a detailed list of 641 as vehicles in the Presidential fleet. He adds that he finds it “astonishing” that Arhin claims the President has been compelled to use an old BMW car when there are new bulletproof Mercedes Benz cars available for his use.

Dear Mr. Government, can we please have “better, fuller and more transparent communication”? This is how a member of the OccupyGhana Movement reacted to some distasteful fallout from government communication. Some of the vehicles may have been bought cheap by their owners, as it's been the practice. We hear the chassis numbers of some of them have been tampered with. It's a veritable cocktail of truths, half-truths and near-truths. Are all 200 cars missing?

We have walked along this path before. We know what may have happened to the missing cars. We also know that they are not exactly missing. We are used to this kind of communication and we know the matter of the missing cars will eventually fizzle out. We also know we may walk this path again when another government comes along. It's our brand of politics which comes with its own peculiar rhetoric. We understand.

Context and stereotypes
What about our friends on the other side? Our words are more powerful and have timeless effect on people outside our context and our setting. When he heard about the missing 200 cars, a Canadian journalist who follows Ghanaian politics wrote to me to seek some answers. He had made similar inquiries when the Western Press lampooned our President over a few plagiarized lines in his beautiful inaugural address.

The same journalist told me years ago that former President Evans Atta-Mills had been nicknamed 'Mills est incorruptibles, French for 'Mills the incorruptible.' The world is interested in what happens in Ghana; they laud our good examples when we get it right. When we falter along the lines and hit below the standards we have set for ourselves, the world judges us and pin us down against our own standards.

When we get it right, we are marked good for following the best examples available elsewhere. We fit into popular stereotypes when we get it wrong, whereupon the earlier successes become a fluke or at best good efforts in the midst of many failures. Usually, we have to do twice as much or try a thousand times before we get it right. History has not been very kind to us, but we have proven that we have capacity to excel.

60th Anniversary
Take for instance the communication of the amount of money set aside for the celebration of our 60th Anniversary. We had been told that GH¢20Million will be spent and that the committee put together to plan the celebrations will be working for free. We had also been assured that the money will be paid by private and corporate stakeholders. We were not immediately told exactly what the money will be spent on.

We were left to fill the vacuum, guessing and suggesting activities and programmes that may be pursued. About a week later, the planning committee filled in the missing pieces at a press conference. Fuller and better communication would have carried us along with some idea of the details when the President made public the GH¢20Million figure. If you can tell us the price, then let's see the item.

It was all going well until the anniversary logo was tested. It is suspected that it bears a strange resemblance with the logo of the international cultural diversity. It has also been linked to the brand identity of an organization in India. This may not be plagiarism; it strikes me as a coincidence in concept development. We can pardon it.

Eugene Arhin carries upon his shoulders the unenviable task managing government communications. It is a slippery territory. He is not the official government spokesperson but he occupies an extremely sensitive position. He is up against an opposition that seeks to render his communication false, baseless and without merit. We can sell the message without messing up the messenger.

Give EC The Peace Of Mind To Work – NPP Communicator Tells N...
53 minutes ago