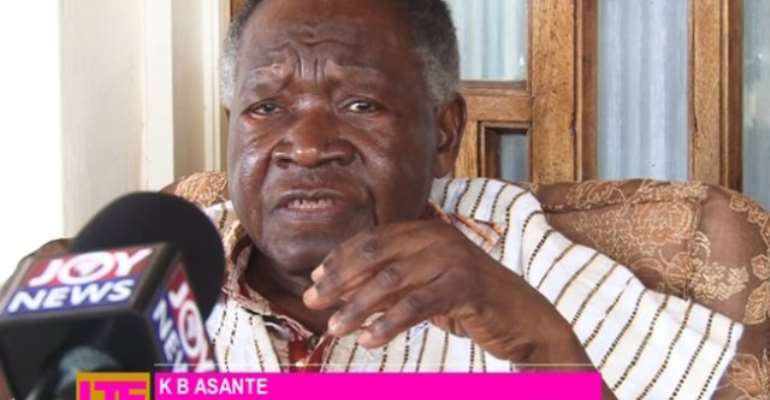 Retired Ghanaian diplomat Dr K. B. Asante has affirmed President Akufo-Addo’s statement Tuesday that Ghana’s economy is the worst since independence is the reality.

“We have to admit that after 60 years our economy is bad,” he told a gathering at the DOTTS programme organised by DreamOval and Joy FM Thursday.

He said although the President’s statistics were “unpleasant” for his political opponents, Ghanaians must learn to appreciate the truth.

President Akufo-Addo said in his first State of the Nation’s Address that the country’s Gross Domestic Product (GDP) for 2016 was 3.6 percent, the lowest GDP growth in about 23 years.

He said this was attributable to fiscal indiscipline, high borrowing attitude, mismanagement of the economy by the former President John Mahama’s government.

“In fact, virtually all the targets under the IMF programme, as at December 2016, have been missed. Fiscal indiscipline, once again, reared its head in the 2016 election year,” he said.

“The full facts of the situation have not been put before the Ghanaian people,” he lamented.

President Akufo-Addo said the combination of higher expenditures and lower revenues than projected resulted in a significant increase in the budget deficit for 2016.

On Ghana’s fiscal deficits, the President said his predecessor has ballooned the country’s public debt which stood at GH¢9.5 billion in 2009 to GH¢122 billion as at 2016.

“Ghana’s debt stock now stands at 74 percent of GDP, after all the previous denials to the contrary,” he said, adding about 92 percent of the debt was added on in the last eight years.

The President’s statistics were unpleasant for the National Democratic Congress (NDC) Members of Parliament (MPs) who accused him of unfairly maligning the previous government.

At a news conference in Accra Wednesday, the NDC MPs said the President relied on provisional figures instead of waiting for the real facts from the Ghana Statistical Services (GSS).

Minority leader, Haruna Iddrisu who spoke on behalf of his colleagues said the NDC steered the country to achieve a record 14.4 percent economic growth rate in 2011, despite the underperformance picture painted by the President.

But Dr Asante who served in the government of Ghana’s first President Kwame Nkrumah said President Akufo-Addo was right in his assessment of the economy.

“What he said was the truth even though he is a President and leader of a party,” he said, adding it should be possible for Ghanaians to accept what is right despite who said it.

“If we the people do not admit the obvious mistakes of our and try to correct bad politics the sorry state of the economy will continue,” he warned.

Dr Asante was emphatic that what is true is true irrespective of if it was put out by the President.