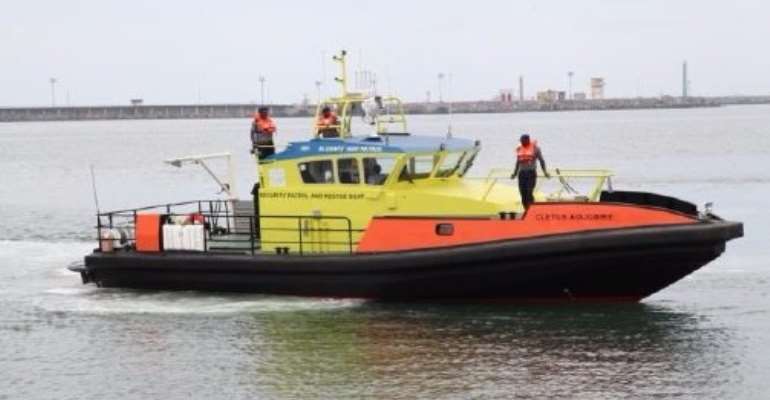 The Police Anti-Human Trafficking Unit (ATHU) has rescued at least 24 children from the Volta Lake who were being transported to other parts of the country to be sold into forced labour.

In a press release copied to Myjoyonline.com Monday, the Unit of the Criminal Investigation Department (CID) said it was able to rescue the children who are all males with the help of the Marine Police Unit and support from the Eastern Regional Police Command.

The International Justice Mission (IJM) and the Gender Ministry also collaborated in rescuing the children.

In the course of the operation, at least 16 people were arrested and are currently on police enquiry bail assisting with investigations.

"The rescued victims whose age range between 7 and 16 years are currently being sheltered and undergoing counseling, medical screening, and rehabilitation," the statement said.

Read full statement below:
Police rescue 24 children from Volta Lake
The Anti-Human Trafficking Unit (ATHU) at the Criminal Investigation Department (CID) Headquarters, the Marine Police Unit with support from the Eastern Regional Police Command in collaboration with International Justice Mission (IJM) and the Ministry of Gender, Children and Social Protection have rescued 24 male children from the Volta Lake.

The Police during the operation arrested 16 suspects who are currently on police enquiry bail assisting with investigations.

The rescued victims whose age range between 7 and 16 years are currently being sheltered and undergoing counselling, medical screening and rehabilitation.

The joint rescue mission, which took place on January 24, 2017, is in line with the Police Administration’s collaborative efforts with partners to end child trafficking and forced labour on the Volta Lake and other parts of the country.

IJM, which is a Non-Governmental Organization (NGO), is also supporting the Department of Social Welfare and some shelters to ensure housing, care, education and support for these children as part of their restoration and rehabilitation processes.

The Police Administration also wishes to inform the general public that trafficking is an offence under the Human Trafficking Act, 2005 (Act 694) and parents are advised not to allow their children to be trafficked or sold into forced labour for monetary gains. Parents and guardians are cautioned to be wary of people and relatives who approach them for their children under the guise of helping to put them in schools in the cities.

Community leaders such as chiefs, queen mothers, assemblymen/women, pastors and teachers are encouraged to report any incident of trafficking and forced labour to the nearest police station for swift action.

The Police Service will continue to work with government agencies, IJM and other interest groups to end child trafficking and forced labour in Ghana through sensitization, rescue operations, protection of victims and prosecution of offenders.

We can't continue to be naked, let's produce our own covid-1...
9 minutes ago