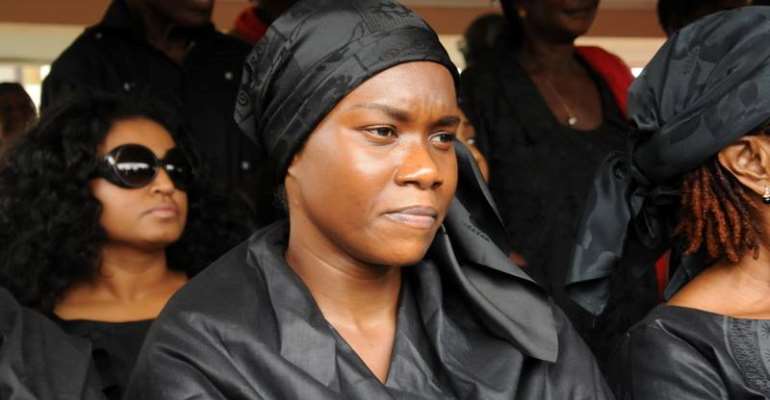 Ivy Danquah-Adu, the wife of the late Member of Parliament (MP) for Abuakwa North Constituency, Joseph Boakye Danquah-Adu, is worried about the delay in prosecuting her late husband’s supposed killers.

The visibly worried widow said the delay is akin to injustice.

Speaking to Citi News on the sidelines of a ceremony to observe one year of the MP's death, Ivy Danquah-Adu said the immediate family is still pained by cold murder of the late legislator.

“It has not been easy for us. What has been a story for many people and an event that occurred, has been our reality; my children and I, but God has kept us alive. Justice delayed is justice denied,” she said.

The Abuakwa North legislator was on Tuesday, February 9, 2016 stabbed to death at his Shiashie residence in Accra.

Two days after his murder, the Accra Regional Police Command, led by COP Dr George A. Dampare, led an operation to arrest a suspect who allegedly confessed to committing the crime.

The prime suspect, Daniel Asiedu, a teenager, is currently facing trial before an Accra Magistrate court in the case that has been ongoing for over 9 months.

Meanwhile, the New Patriotic Party (NPP) has said it will use every means available to it, to provide justice and bring closure to the murder case.

A former Minister of Information in the erstwhile Kufour administration, Stephen Asamoah Boateng, told Citi News in an earlier interview that the NPP is ready to assist the police to speed up the investigation.

'Failure to serve justice will affect NPP'
Meanwhile, the family of the late Abuakwa North legislator say the New Patriotic Party government's failure to ensure justice for the family will affect the party's electoral fortunes.

According to an uncle of the deceased, Kwasi Frempong, the NPP government must endeavor to fast-track the legal process which he said has been moving at a slow pace for the past year.