When Value For Money Is Disregarded 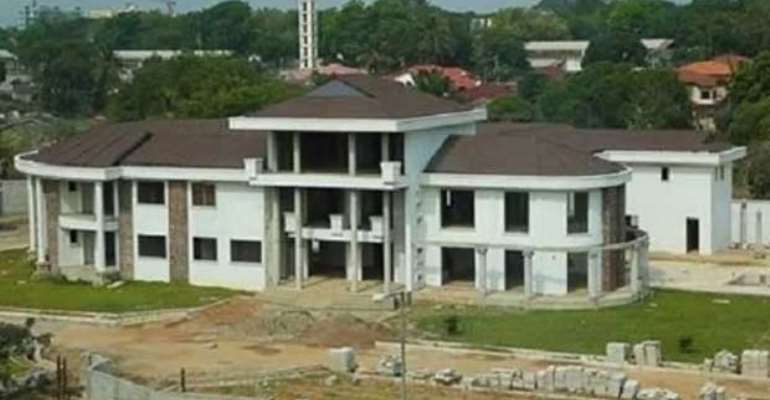 The inflated cost of the Vice President's official residence represents another blemish on our ability as a people to manage the national purse, as it does our opaqueness in running state affairs.

To think that those responsible for such integrity drawbacks swore oaths of office before assuming the task of managing this nation is beyond our ken.

What has gone wrong with us that we do not consider the national interest when managing state funds we hold in trust for the rest of us?

The subject is cruising to outdo the other negative chapters in our contemporary fiscal history, especially under the immediate political administration of the country. In terms of the magnitude of harm it has inflicted on the state kitty, it can only be imagined by the ordinary Ghanaian with limited knowledge about fiscal matters.

The opportunity cost of the money blown on the project can best be appreciated when we consider the schools or even drugs which can be constructed and purchased for cash-strapped health facilities in the countryside.

We recall the painful death of kids through the collapse of their dilapidated school block in the Central Region with pain.

Those who consider the revelations popping up as witch-hunting must consider the national interest vis-a-vis the impunity with which national funds are being handled by those put in positions of trust.

It is not for nothing that some professions are hinged on sacred ethics, the breaches of which can lead to the withdrawal of the licenses of practitioners.

Perhaps given the rate at which bad politicians are running the country, it would become necessary to consider means of sanctioning those found culpable in the thievery of the national purse in a manner which would debar them from holding critical public offices in future.

We would take issues with the President and his team, if out of a fear of being tagged witch hunters they gloss over the flagrant abuse of the public purse by the past government.

The disparities in the figures being laid out on the public domain by different personalities in the previous government make their feeble and useless efforts laughable.

They are wicked and unfit to be assigned the privileged role of running the affairs of this country; their stewardship of managing Ghana most repugnant and unacceptable by all standards.

The Vice President's residence project is just a tip of the iceberg of the financial mess this country has been plunged into by those the ship of state was entrusted to.

While the General Secretary of the now opposition National Democratic Congress (NDC) has quoted a figure below $4 million, another party source puts it at a little over $5 million, a far cry from the $14 million cost of the project.

We can only conclude that there is a confused effort to conceal the truth. It's a shameful ploy which has exposed the crooks even further and beyond imagination.

Former President Jerry John Rawlings must be a troubled man.

He and others ousted a government in the past charging them of being corrupt. The monies referred to at the time were nowhere near the cost of the Vice President's residence.

Matters have reached a head with the aforementioned revelation but we are told that we ain't seen anything yet because the worst would come when the can of worms which the contents of the transition report represents are let out.

Covid19: 85 people arrested for not wearing nose masks in Ko...
39 minutes ago