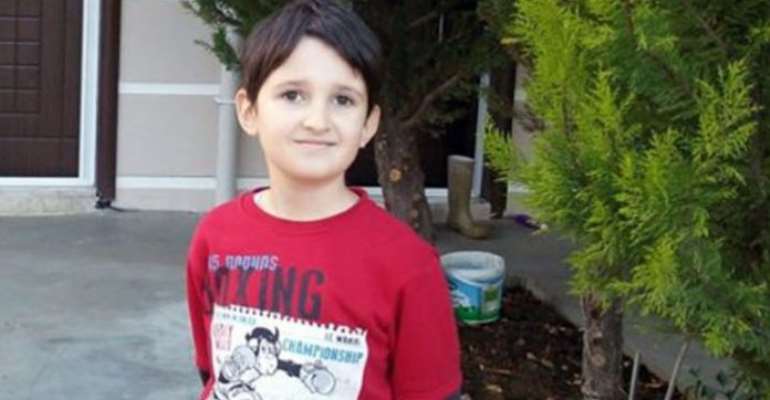 A 12-year-old child has died of brain cancer several months after Turkish border agents seized his and his parents’ passports at İstanbul Atatürk Airport, causing the family to abandon their plans to receive cancer treatment in Cuba.

According to a series of tweets posted by Turkish journalist Sıtkı Özcan on Tuesday, the family’s passports were seized at the border because of alleged links to the Gülen movement, which the Turkish government accuses of masterminding a coup attempt on July 15, 2016.

“There was a kid. 12 years old. Had brain cancer. Doctor said he had 30 days left. The family had not lost hope and found a chance for treatment in Cuba,” tweeted Özcan on Tuesday, adding:

“As a last-ditch effort, the family went to the airport to take their son to Cuba. But their passports, including that of the child, were seized. They were not allowed to leave Turkey for the treatment,” Özcan tweeted.

According to the journalist, even though the parents “begged” border security to allow their child to leave, the plea was denied.

“The family begged: ‘Please, let our son go and receive treatment.’ Yet, it didn’t happen. They did not let the child leave,” Özcan said in another tweet.

“Because the child was not allowed to leave, the cancer advanced. First, part of his face became paralyzed, and then he experienced loss of his vision,” Özcan added.

Özcan ended his tweets by “congratulating the Turkish authorities” for causing the death of a 12-year-old child by not letting him receive cancer treatment abroad.

“And the child you [Turkish officials] prevented from leaving the county passed away today. Furkan is no longer with us. Be proud!” (Turkey Purge) 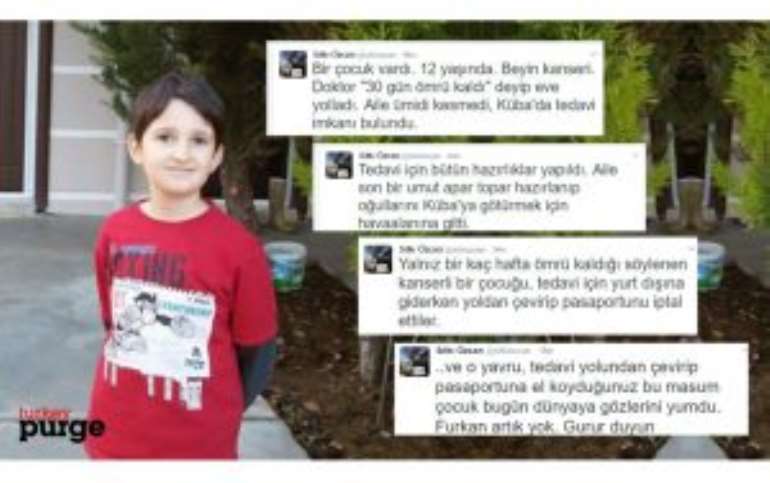