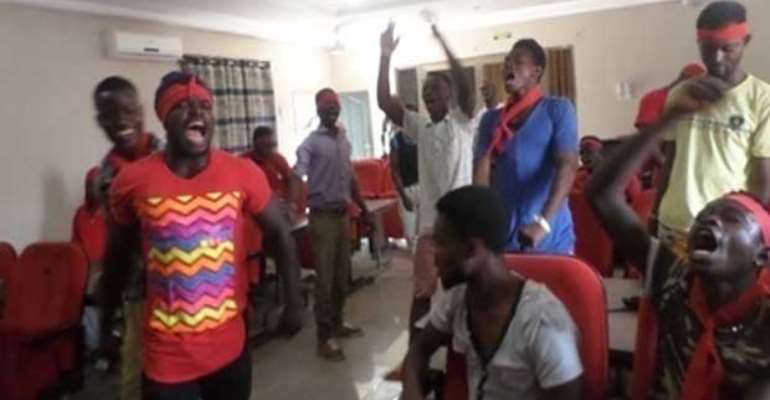 Youth in Nkoranza South District of Brong Ahafo Region yesterday protested vehemently against the Nkoranza Traditional Council's decision to sell the market lands to a company to be used as a terminal.

The youth, who held a press conference to protest against the sale of the land, said they would organize massive demonstration against the traditional council members, if they fail to rescind their decision.

According the Public Relations Officer (PRO) of Nkoranzaman Youth Association, Nana Nyarko Ababio, they had received information that some members of the traditional council had conspired and sold Nkoranza old market land area to OA Transport Organization at a price of GH¢150,000.

He said the land would be given to the company after the acting president of the Nkoranza Traditional Council appends his signature to the lease.

According to him, because the acting president, Oheneba Adjei Boafo has refused to sign the lease, some persons were making plans to replace him with one Kwaku Francis who is not a royal.

The youth reaffirmed their support for the Ankobeahene, who is currently the acting president of the traditional council and warned that any attempt to replace him would be met with violence.

Nana Nyarko Ababio accused members of the traditional council of misappropriating monies donated by indigenes of the town both home and abroad towards the building of a new palace for the Omanhene.

He called on the elders to render account to the youth or else they would demonstrate against them.

The youth were all in red attire to register their displeasure.

In a related development, they also registered their anger with the manner in which the death of the late paramount chief of Nkoranza, Oketekyia Agyiman Kudom II was announced to the people.

According to them, by tradition, such announcement should have been made by the Kontrihene supported by Benkumhene, Nifahene and Adontenhene at the Traditional Council and not by someone on radio to the community.

If the council members do not properly announce the death of the Omanhene, we will disrupt the one-week celebration slated for 16th February, this year, they indicated.