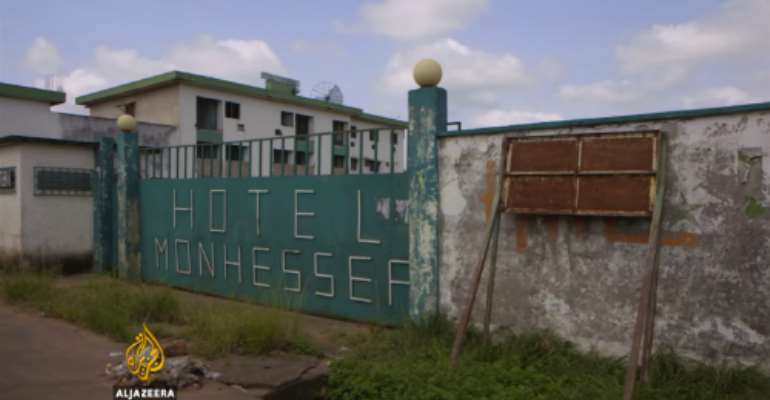 Since President Alassane Outtara was elected in 2011, international investment has been pouring in and violence has decreased in Cote D’Ivoire. But after being re-elected in a peaceful vote in 2015, Outtara’s second term is proving more complex. In January, a pay dispute involving the army broke out into open mutiny, while last October saw protests over constitutional reforms aimed at preventing the exclusion of presidential candidates based on their ethnicity.

“In some parts of the country, ethnic and political tensions are simmering,” says People & Power correspondent Victoria Baux in the explosive Al Jazeera documentary, Cote D’Ivoire: Partial Justice, which investigates the aftermath of the 2010-2011 election violence which saw 3 000 killed and more than a million displaced, with victims on both sides.

The Ivoirian government set up a national commission of inquiry to investigate crimes committed by both sides during the 2010-2011 election violence. But while his predecessor Laurent Gbagbo is currently facing four counts of crimes against humanity at the International Criminal Court, none of Outtara’s supporters have been prosecuted yet.

“Despite the apparent willingness of eyewitnesses to provide compelling testimony about the events of six years ago, the authorities and the International Criminal Court have so far failed to conduct a full and proper investigation,” says Baux. “Unless and until those matters are laid to rest, hopes for genuine reconciliation in Cote d’Ivoire may never be fully realized.”

Cote D’Ivoire: Partial Justiceshows the inter-community violence did not end with Outtara’s ascent to power in 2011. On 20 July 2012, more than a year into his mandate, a United Nations camp for internally displaced people inDuékoué, in the west of Cote D’Ivoire, was attacked and burnt down. The Nahibly camp hosted 5,000 people, most of them from the Guéré tribe, who traditionally support former president Laurent Gbagbo.

According to testimony in Cote D’Ivoire: Partial Justice, Nahibly was attacked by Dozos, who allegedly met with members of the Ivorian army at a local restaurant the night before to co-ordinate the attack.

More than four years later, no prosecutions have been made. In 2015, the government investigation into events at Nahibly was moved to Abidjan in the hope of speeding up the process and bringing justice for the victims. But two years later there have been no further developments, no forensic examination of crime scenes, and no criminal charges laid against perpetrators.

This has become a disturbing trend. 10 weeks after the Nahibly attack, six bodies were found at the bottom of a well on the outskirts of Duékoué. No autopsy report on the six bodies has ever been published – and even their exact whereabouts is unclear. Nine other disused wells were found on this same plot of land. The regional district attorney promised locals these would be examined to see if they also contain bodies but, officially, nothing has been done yet.

Now a group of Ivorian NGOs has launched civil proceedings on behalf of all the area’s victims. As human rights lawyer Drissa Traoré told Al Jazeera, “What matters to us is that the inquiry is moving forward and leads to a trial. There can’t be any reconciliation… as long as one part of the Duékoué population and especially one ethnic group, the Guérés, thinks that they can be killed with impunity and that we can attack them with impunity.”

The United Nation’s peacekeeping mission in Cote d’Ivoire comes to an end later this year, but the situation in the former French colony seems far from stable and its track record there is tarnished by the attack at Nahibly. As seen in the documentary, an internal UN note dated two months before the attack reveals the organization was well-aware of growing security concerns. Despite these clear warnings, only ten UN soldiers were protecting the camp on the day of the attack. All the victims Al Jazeera spoke to claim the troops did nothing to protect them.

Cote D’Ivoire: Partial Justice also exposes a former army soldier, who now works closely with the local police as an informant. In a taped conversation, he not only confessed to a murder but accepted to kill someone for just over $3000 US.

Watch the full 25-minute documentary below