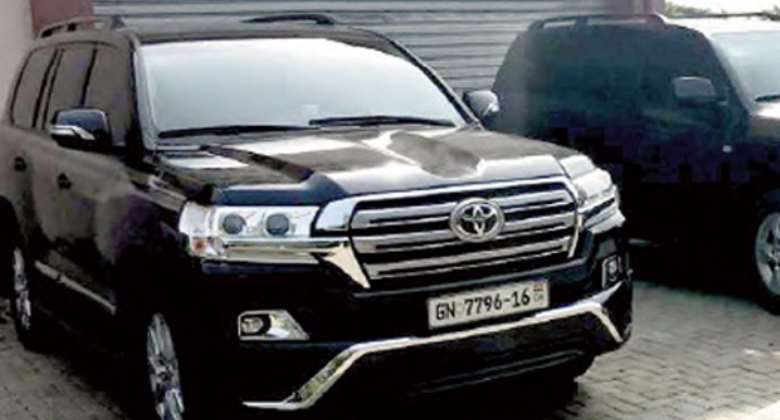 Government has set up a task force with the sole mandate of retrieving state assets unlawfully being held by individuals, especially political appointees.

The formation is coming at a time officials of the immediate past National Democratic Congress (NDC) administration have been crying over their private residences being raided by supposed security personnel.

The statement announcing the 'Task force on Retrieval of State Assets,' signed by the Chief of Staff, Akosua Frema Osei-Opare, however, did not make direct reference to the NDC administration.

The statement indicated, “The Office of the Chief of Staff is informed of various state assets including landed properties and vehicles, which are yet to be handed over to the government by individuals, contrary to the law.

“Consequently, government has set up a team comprising officials from the following departments to coordinate the location and retrieval of all such assets in the national interest.”

The agencies include the Ghana Police Service, the Ghana Revenue Authority (Customs Division), the Bureau of National Investigations (BNI), the Driver Vehicle and Licensing Authority (DVLA) and the Office of the President.

The statement urged persons in possession of such national assets to take immediate steps to return them accordingly.

“Persons with state properties unlawfully in their possession should endeavor to contact the task force and make arrangements to surrender same with immediate effect,” it ordered.

It added, “The general public is also hereby encouraged to provide information on any properties believed to be within the above-mentioned category to the task force via 'Task force on Retrieval of State Assets, the CID Headquarters, Accra,' on 0299012238.

NDC National Organiser Kofi Adams, had alleged that about 16 men believed to be military personnel, and others from the National Security took away five vehicles from his house in Tema.

NPP deputy General Secretary, Nana Obiri Boahen, believes that the vehicles in possession of Kofi Adams were allegedly stolen from the state.

It is emerging that the said vehicles were purchased in the name of the state [National Security].

According to a source at the Flagstaff House – where the vehicles were sent for safekeeping – the current users have indeed tampered with the Chassis numbers under the wind shield of the pickups and sealed the place with a metal – all in an attempt to change their ownership.

Interestingly however, they could not scrap the Chassis number in the engine.

One of the Toyota Land Cruiser V8 vehicles with registration number GS 7451- 12 was indeed part of the presidential escorts.