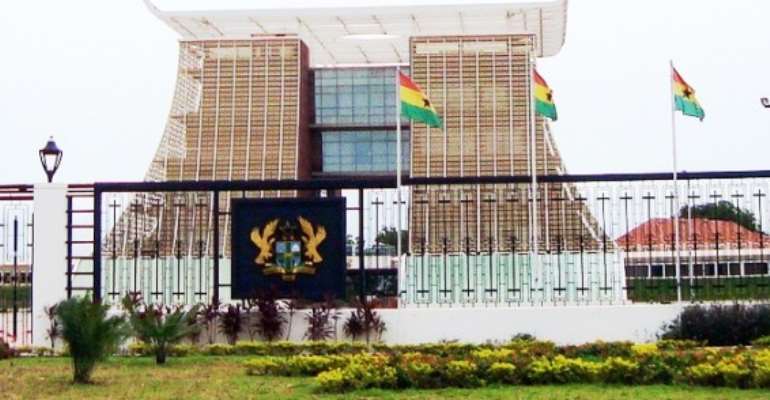 The Director of Communications at the presidency, Eugene Arhin, has said government’s decision to set up a committee to retrieve state assets suspected to be in the possession of some individuals, is lawful.

The opposition National Democratic Congress (NDC) criticized the move, saying it is a cover up for state sponsored thuggery.

But speaking in an interview with Citi News, Eugene Arhin said the directive conforms to the laws of Ghana.

“I think it is not legally prudent , or even ethically prudent for any member of the previous administration to hoard any property in their possession so I think the directive from the Chief of Staff is in the right direction .”

He further clarified that, government would “get hold of all public assets which are in possession of some other individuals who were within the previous government.”

He was however quick to emphasize the need for those in charge of the retrieval not to use the exercise as an opportunity to “witch-hunt other government officials, who rightly and rightfully possess properties which of course may belong to themselves.”

Government indicated on Friday that, it had set up a task-force which will focus on retrieving state assets believed to be held by individuals.

The decision followed the seizure of five cars belonging to the National Organiser of the NDC, Kofi Adams, by men believed to be National Security personnel.

But the NDC on Saturday subsequently warned that the task-force could compromise peace and stability .

“The activities of these NPP hoodlums operating under the name 'invisible Forces' with tacit approval from elements within the Ghana Armed Forces and the Ghana Police Service, have gone on for several weeks without any noticeable effort by government to take action against them.”

“Instead of condemnation and firm action to end this spate of lawlessness, these criminal elements, loyal to President Akufo-Addo, have received approbation from leading figures within the NPP who have sought to justify their conduct amidst threats to seize more private properties,” a statement issued by the NDC said.

The NDC said it is willing to ensure the recovery of any national assets; but will not tolerate any attacks on its members.