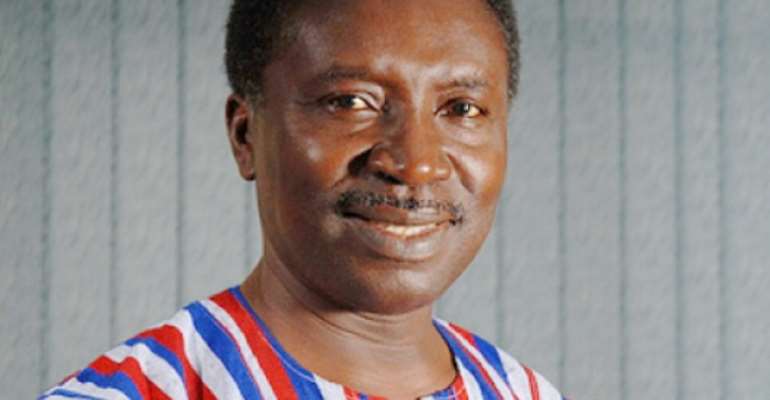 The Minister-designate for Environment, Science, Technology and Innovations, Prof Kwabena Frimpong-Boateng has said at the Appointments Committee that if the country wants to develop as pertains in the developed world, then it should take science and technology very seriously and heavily invest in that sector.

“If we want to develop like the developed countries, then the only way to go is science and technology. Our poverty gap is a technology gap and we must address this as urgent,” he said.

“We have to appreciate what our scientists are doing for the country,” he said.

He said he would immediately set up a 'Business Development Unit' at the ministry to give support to individuals with unique technological knowledge for them to be relevant to the development of the nation.

He said research work into science and technology would also be seriously encouraged under his stewardship.

He said he would set up centres where specialization in manufacturing parts of a vehicle would be promoted and for people with such knowledge to manufacture car parts to be assembled in the country.

He said his Ministry will also give the needed support to Apostle Kwadwo Safo who is into car manufacturing so that more of such manufacturing plants could be set up in other parts of the country.

He said his ministry will also take recycling of waste very seriously to largely solve the waste disposal problem in the country.

He said waste could be changed into energy and other uses.

When he was asked how he could access funds from the $100 billion set up by the Climate Change Office to fight against climate change, he said accessing the money depends on good proposals presented to the office and that he would definitely consult with Ghanaians with the expertise of writing good proposals for the Ministry to put in a good proposal to access the fund and use it for the benefit of the country.

Railways
The Minister-designate for Railway Development, Joe Ghartey who also appeared before the committee said that Akufo-Addo's administration is very determined to develop railway lines in the country especially from Accra to Paga, a border town in the Upper East Region.

He said the railway development is capital intensive and that at least $21 billion would be needed to develop the railway sector in the country.

He indicated that the past NDC government had secured a loan facility for the construction of the Accra-Akosombo railway line which will pass through Tema and the project would be carried out with urgency.

He also indicated that because of the huge funding problem facing the industry what the Akufo-Addo administration has decided to do is to develop the line from Buipe, an inland port in the Northern Region to Paga in the Upper East Region and that will require $5 billion to execute it.

He said the old railway lines would also be renovated to help easy transportation of goods and services.

He said workers in the railway industry would be motivated to help realize the vision of the NPP government and that their conditions of services would be looked at.

“The Railway Industry has a lot of potential to create jobs and raise revenue for the state and therefore we are not going to look back at all,” he vowed.

2 Harbours
Kwaku Ofori Asiamah, the Minister-designate for Transport said the Ministry will collaborate with the private sector to construct two harbours at Keta in the Volta Region and Jamestown in Accra which have been captured in the manifesto of the NPP.

Mr Asiamah who also appeared before the committee yesterday said the government will look for a strategic investor to partner it to revive the Ghana Shipyard to help provide jobs for people and also assemble or build ships in the country.

He also indicated that one area the jobs could be created in the transport industry will be to encourage the training of more seamen because many countries are in need of seamen.

He also indicated that he would sanitise the operations of the Driver and Vehicle and Licensing Authority (DVLA) so that acquisition of drivers' licenses would be easier while the registration of new vehicles would also be smoother.

On a question as to how he would help to reduce the alarming rates of accidents on the country's roads, the Minister-designate for Transport said that he would need to resource the National Road Safety Commission well to discharge its obligatory duties effectively and help in sustained awareness creation on how to prevent unnecessary accidents on the roads.

He said personnel of the Motor Transport and Traffic Department of the Police Service would also be encouraged to police the roads well.

“We will also collaborate with the Ministry of Roads and Highways so that all the bad roads are repaired since bad road also cause a lot of accidents,” he said.

Akufo-Addo, Mahama to wrap-up campaigns with mammoth rallies...
36 minutes ago