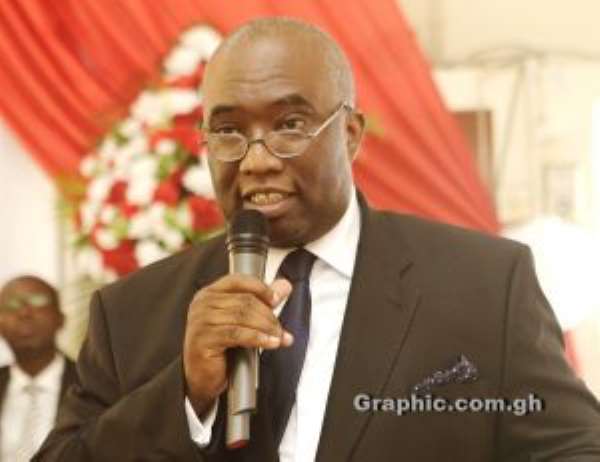 Credible information reaching The Chronicle indicates that there would be live television and radio coverage of the proceedings of the committee that has been set up by the Speaker of Parliament, Professor Mike Oquaye to probe the bribery allegation that has rocked Parliament. Messrs Samuel Okudzeto Ablakwa, Mahama Ayariga, Alhassan Suhuyini and other National Democratic Congress (NDC) MPs have accused the Minister of Energy, Mr. Boakye Agyarko, of bribing them with GH3, 000 each, through the Minority Chief Whip, Alhaji Mohammed Muntaka Mubarak.

The duo – Muntaka Mubarak and Boakye Agyarko have all denied the charge, but the three MPs insist that the bribe money was given to them, which they rejected.

The chairman of the Appointments Committee, Joe Osei Wusu, who was reportedly used as the conduit for the transmission of the alleged bribe money to facility the smooth passage of Mr Boakye Agyarko as Minister of Energy, has already denied the accusation and is seeking leave from the Speaker to sue his accusers in a civil court to clear his name.

It is not clear whether Professor Mike Oquaye would give the green light for the Appointments Committee chairman to proceed to court, but to set  the minds of the public at ease, he has set up a five member committee, headed by Sekondi-Takoradi based legal practitioner and former minister of  Justice and Attorney General, Joe Ghartey, to investigate the issue.

The Speaker did not announce whether the committee would be sitting in camera or not. Civil society groups are, however, calling for the live coverage of the proceedings of the committee to ensure public confidence in whatever report they would come out with.

The Commission of Human Right and Administrative Justice (CHRAJ) and the Ghana Integrity Initiative (GII) among others, are calling for fair and transparent investigation into the allegation, with CHRAJ in particular advocating for live television coverage of the Joe Ghartey committee. Neither the Speaker nor parliament, as a body has made any official comment on the call for live coverage of the committee's sittings.

The Chronicle can, however, report on authority that the five member committee would allow live television and radio coverage of the proceedings. This means all the witnesses who would appear before the committee would be seen and heard live whilst giving their testimonies.

The Chronicle heard that the committee is determined to do its work devoid of politics to unearth the truth surrounding the bribery allegation which has dented the image of Parliament, the second arm of government, hence the live coverage of the proceedings.

Some industry players who spoke to The Chronicle argued that though the call for an independent body to probe the matter is genuine, Parliament as an institution also has the power to investigate cases involving its members.

To them, the proposed television coverage would erase or deal with the fears that the investigators may try to cover up in order to protect the image of Parliament.

It is instructive to note that this is not the first time the rules are being bent to telecast live national issues. The public have shown great interest. During the 2012 election petition, the Chief Justice, Georgina Theodora Wood bent the rules and allowed cameras inside the Supreme Court building to provide live coverage of the proceedings.

These made it possible for the members of the public to follow the proceedings with keen interest and were able to form their own judgment at the end of the case.