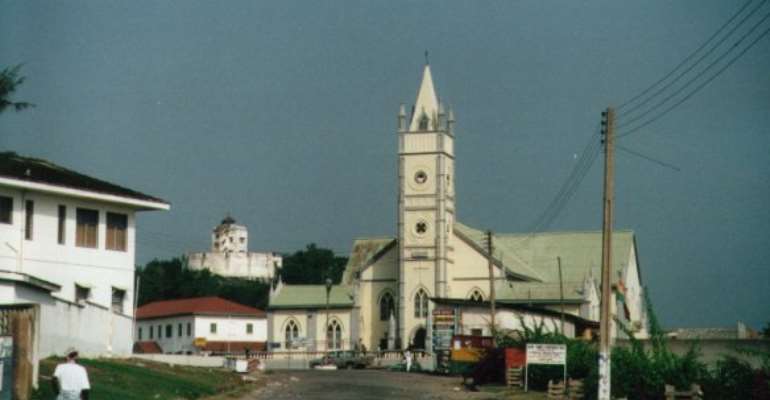 Cape Coast, April 8, GNA- The Reverend Father Michael Ocran, Administrator of the Francis de Sales Catholic Cathedral in Cape Coast, said on Thursday night that the death of Pope John Paul II, had portrayed the universality of Christianity and of the Catholic church. This he said had manifested in the number of people from all walks of life who are visiting the Vatican to pay their last respect to the Pope, irrespective of their religious affiliations.

Rev. Fr. Ocran was delivering a sermon at a requiem mass held in memory of the Pope.

The Central Regional Minister, Mr Isaac Edumadze, Osabarima Kwesi Atta II Omanhene of Oguaa Traditional Area, bishops of the Anglican and Methodist churches and a throng Catholic faithful from the 26 parishes in the Cape Coast Archdiocese, attended the three and half hour Mass, during which the history and achievements of Pope, was read.

Rev Fr. Ocran, described the Pope as a great man who was a true representative of Christ and asked the people not to mourn his death, but rather celebrate his victory on earth as a servant to the people of God.

He said the Pope had succeeded "in writing his own Bible", which people are now reading and giving testimonies about, stressing that it was left with his followers to emulate his example.

Mr Edumadze underscored the important role the life of the Pope played in the growth of the Catholic Church in Ghana and tasked all Christians to take a cue.

Osabarima Kwesi Atta II, urged Catholics to strive to live by the legacy of the Pope, in order to bring the people of Cape Coast together. He said the Pope stood for peace, unity and reconciliation and expressed the hope that the death of the Pope would bring true reconciliation to the world.