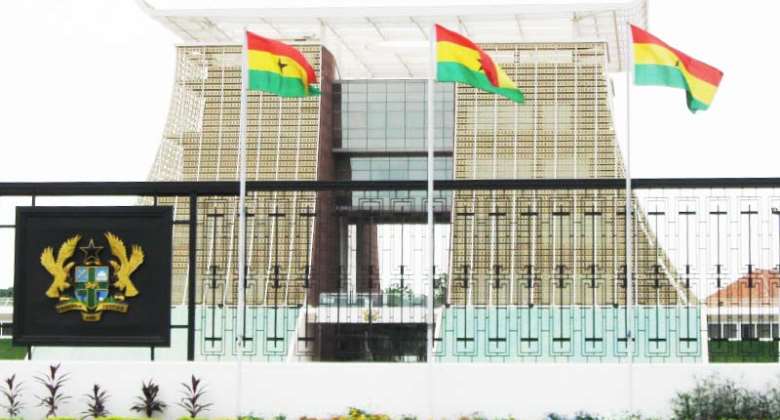 Indeed, European ideas and concepts have had such an extraordinary effect on Africa during the past 500 years or so that Eurocentrism has, in varying degrees, permeated our psyche and thinking. As such, many African intellectuals of today ape the European culture. We speak an Anglo-Saxon tongue, worship the Christian God and use names similar to those of our former colonial master.

In 1903, W.E.B Du Bois wrote a classic book called 'The Souls of Black Folk.' In this book, Du Bois used the term “double consciousness” to help explain the mental conflict that exists for many people of African descent living in North America. Du Bois defines double consciousness as “a peculiar sensation…this sense of always looking at one's self through the eyes of others. One ever feels his twoness….two un-reconciled strivings” (Dubois, 1903).

In Ghana, this “peculiar sensation, the double-consciousness and two un-reconciled strivings” manifest themselves in our names. The double consciousness again shows itself in the names “Flagstaff” or “Jubilee” House. The Flagstaff/Jubilee House is a national symbol, and in my opinion, we should give the building a name in our local language, derived from our cultural heritage.

National Symbols
I did not go to the Black Star Square on 7th January 2017 to watch the swearing-in and inauguration of President Nana Addo Dankwa Akufo Addo. I sat home and watched it on television. And if I can trust my ears, I heard during the telecast that the Black Star Square and the Independence Arch were being used interchangeably by the presenters as if the two were the same. My little boy, Kwasi in Primary Four at the Achimota Preparatory & Junior High School who was watching the telecast with me quickly asked “Dad, is the Black star Square the same as the Independence Square?” I told him the two were different symbols. He quickly went for his book bag and grabbed a book titled “Simplified

Citizenship Education for Primary 4” pupils written by Daniel Alengo and Nyamekeh Norsiah, published by Vestel Publication Limited in Tema. Unit Two of the book has a sub-title “National Symbols and Me”. In this Unit, the pupils are taught the national symbols of Ghana which include the national Flag, the National Anthem, the National Pledge, the Independence Arch, the Coat of Arms and the Currency (the Ghana Cedis and Pesewas). The book further explains that symbols in most cases are material objects that serve as representation of something of great value.

Citizens normally rally around names, the symbols and colors of a nation, drawing them together as a people. The red in the national flag stands for the blood of the leaders or Ghanaians who fought and shed their blood for the independence of the country. The yellow stands for the rich mineral resources of the country which include gold, diamond, bauxite and manganese. The green stands for the agricultural resources – forest, cocoa, timber, shea-nuts, kola, coffee, food crops and others of the country. And the Black Star in the middle of the yellow stands for the hopes and aspirations of Africa and identifies us as black people of Africa. The Coat of Arms is another important symbol of the country. The inner part has a shield which is divided into four sections. At the top left are a ceremonial sword and staff. The two symbols stand for our local government and the central government. They represent the power and authority of the traditional leaders and the central government. At the top right is a castle and waves of the sea. They stand for the central government which was first set up by the British colonial government. At the bottom left, there is a cocoa tree which stand for agricultural resources like timber, coffee, shea-nut, pineapple, yam, rice, etc. At the bottom right, there is a shaft of a mine. It represents the mineral resources. The inner part has a lion in the middle of the shield. This stands for the British government and tells us that Ghana is a member of the Commonwealth of Nations. The outer part of the Coat of Arms has two eagles carrying the shield with a black star on top of the shield, with the words “Freedom and Justice” at the bottom.

The Black Star
President Akufo-Addo's statement in his inaugural speech to re-establish Ghana as the Black Star of Africa is a bold one and I, as a septuagenarian who saw Nkrumah, believe he can do it. My favorite book of Nkrumah is Consciencism: Philosophy and Ideology for Decolonization And Development With Particular Reference to The African Revolution. In this book, Nkrumah extensively discusses the role or function of names, certain terms and the relation between concepts, form, matter and objects. Again, he reminds us that the “African society has one segment which comprises our traditional way of life; it has a second segment which is filled by the presence of the Islamic tradition in Africa; it has a final segment which represents the infiltration of Euro-Christian tradition and culture of Western Europe into Africa. These different segments are animated by competing ideologies”. What is required is a new emergent ideology and an agenda for change. The ideology directs our attention to our language, folktales, root rituals, music, and the symbolic boundaries and iconic signposts that bind us as African people so that we can transmit the knowledge to the future generation.

Nkrumah also reminded us of the African Personality in his discourses. Names such as Flagstaff and Jubilee House are not African. Indeed, they are reminiscent of our colonial past and must be abolished. We need a name change – a name in one of the local languages- that will promote harmonious growth and development of the society. We need a name in our local language such as the Asantes have for the Manhyia Palace instead of Flagstaff and Jubilee House.

African names have meaning. For example, in Uganda the name Muwanga means 'the one who puts things in order'. It comes from the legend that one day the sun and moon were fighting and when darkness came over the land the people cried to God for help. Then God sent the divinity Muwanga (son of Wanga) to separate the fighting brothers, and put each in its place. This is a religious legend, and there is a divinity in Uganda known as Muwanga who symbolizes the idea of order and peace.

Names are used as symbols of embodiment for labeling, branding and differentiation of phenomena both artificial and natural. In many African societies, you can tell where a person comes from and his ethnicity by his name. For many African societies, names are also a source of inspiration for the person so-named, a self-fulfilling stimulus that urges the person to act his name or fulfill the 'prophecy' that the name inspires. For example, a person called “Courage Quashigah” may instinctively feel courageous and would want to pursue a career in the Armed Forces. Unlike his predecessors, President Nana Addo Dankwa Akufo-Addo does not have an English name, “John”. Indeed, the name “Nana Addo Dankwa Akufo- Addo is very Afrocentric. To foreigners, it may sound a mouthful and tongue-twisting but to me, it is rhythmic and has a heartbeat that epitomizes a tradition of rule of law, peace, freedom and justice- cast in the mold of a Black Star.

Flagstaff/Jubilee House
Flagstaff/Jubilee House needs a naming ceremony. Names given to objects, such as buildings, towns and villages, for epistemological and historical reasons are supposed to reflect what they are. For example, the name 'Kumasi', according to the myth surrounding Okomfo Anokye, means the 'kum' tree that survived and 'Kumawu' means the 'kum' tree that died. When the name “Manhyia Palace” is mentioned, many people know it is the administrative seat of the Asante kingdom. In the Western World, the name White House in Washington D.C. is the seat of the US government and so is the Buckingham Palace and No. 10 Downing Street for the British.

The Stool
Flagstaff/ Jubilee House is not only a building that houses the presidency, it is also a work of art with its own architectural language. The shape of the Flagstaff House has been likened to the Akan Stool. I don't know what inspired the architectural language of the design of the Flagstaff House. Bishop Peter Sarpong has extensively described the Akan Stool in his book, 'The Sacred Stools of the Akan.' We have names within our cultural heritage that can be used to describe the building. Let us go back to look for an appropriate name in a Ghanaian local language that befits the edifice.

Hottest Photo Reports
Catch up with all the political quotes from our politicians.
Advertise here
More Opinion
ModernGhana Links
Insecurity, Not Omicron Covid Variant Is Our Problem In Nigeria
Welcome budget rejection with happiness
NPP MPs Recretly Collapsed "Agyenkwa Budget"
2022 Agyenkwa Budget 'Rejected'; A Nullity or a Legality
Memory Four Years Ago In November Of The Liberian 2017 Presidential Election First Round Saga
Vietnam Could Benefit From Resolving The Rohingya Crisis Between Bangladesh and Myanmar
NEIP: Is there any Auditor-Generals Report on the collapse NEIP yet?
Examination malpractices in Ghana: Sanitizing a corrupt examination regime
The 'Serwaa Broni & Sons budget', off the Sisaala roads and the need for floating bridges and sky trains
TOP STORIES