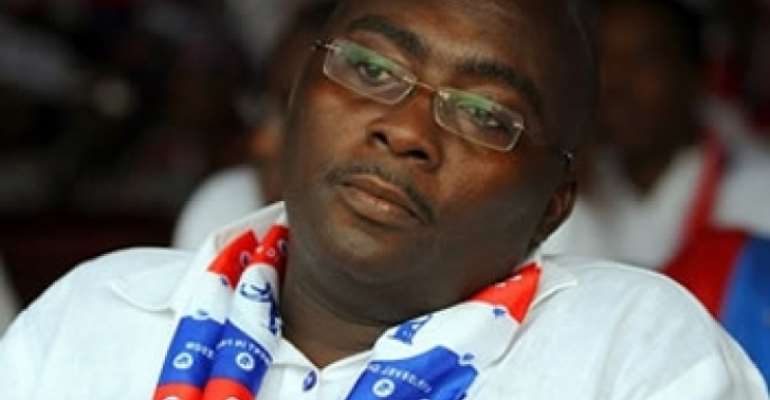 The Deputy Minority leader in Ghana’s Parliament, James Klutse Avedzi, has rubbished claims by vice president, Dr. Mahamudu Bawumia, that government has uncovered a GHc7 billion expenditure made by the former Mahama government, but not captured in the nation’s financial books.

Dr. Bawumia speaking Tuesday at a forum in Accra organized by Krif Ghana Limited in collaboration with Action Chapel International and the US Embassy, said the expenses range from 2014 to 2016.

According to him, the amount was detected as the new government prepares the 2017 budget which is expected to be presented in March.

“As we interrogated the data to see exactly why our public finances are in the state they are, we found that there is GH¢7 billion of expenditure that has not been disclosed,” Dr. Bawumia said, asking: “Where have they [GHC7 billion] been hiding all these years?”

But speaking Wednesday in an interview with Nii Arday Clegg on the Morning Starr, Avedzi described the vice president’s claim as an extreme falsehood intended to create the impression that the outgone National Democratic Congress (NDC) administration led by former president John Mahama messed up the public purse.

“I totally disagree and I do not believe the claim of the vice president. It’s totally, totally uncalled for…he should come clearly. It is not just a matter of making sweeping statement that we cannot account for this amount of money,” he told Clegg.

He said there is a system that “we are running in Ghana which is an accounting system which looks at the spending of government resources which we call GIFMIS [The Ghana Integrated Financial Management Information System], which [ensures] that no expenditure, no payment can be made from the consolidated fund without proper identification for that expenditure.”

He thus maintained that the vice president’s claim that GHc7 billion could not be accounted for is outrageous.

“So if he [Dr. Bawumia] says that GHc7 billion expenditure cannot be accounted for, I do not believe it and I’ll not believe it anywhere because that is something that can never happen as we speak now in Ghana; because of the system we are running,” said Avedzi.