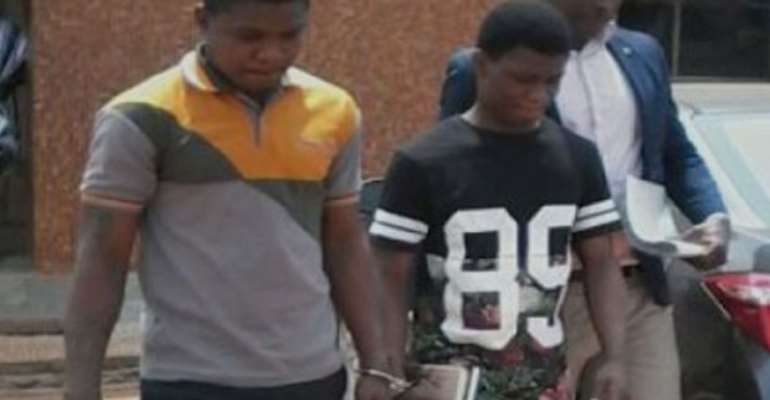 Daniel Asiedu aka Sexy Don Don, the prime suspect facing trial for the murder of Joseph Boakye Danquah-Adu, Member of Parliament (MP) for the Abuakwa North Constituency of the Eastern Region,  is yearning to see his baby who was delivered while he's still in detention.

According to him, the AG has been preparing the bill of indictment, stressing that he does not know what's keeping the state prosecutor so long to do that job.

Meanwhile, Ebenezer Ansah, the Accra central district court judge, has expressed worry over the delay in the preparation of the bill of indictment by the Attorney General's Department.

He said that he did not understand why the preparation of the document, which should take not more than 30 minutes, is taking the AG too long a time to prepare.

Mr Ansah ruled out the excuse by the prosecutor, Superintendent Francis Baah, that the AG's staffs were on strike.

On that the judge said it was only the Assistant State Attorneys who were on strike and not the whole AG's office.

He stated that he is hurt when accused persons are tossed up, especially when they can only be freed when they are proven innocent of the charges preferred against them by the state.

Augustines Obour, lawyer for the accused persons – Daniel Asiedu and Vincent Bosso aka Junior Agogo – said the bill of indictment was taking too long.

He also informed the court that Sexy Don Don wants to see his baby who had been born because during his arrest his girlfriend, who was then pregnant, had delivered.

The judge served notice that if by 15 February the bill of indictment was not ready he would mount some pressure on the prosecution.

Daniel Asiedu has been slapped with the charge of murder while Agogo faces a charge of abetment of crime contrary to his earlier charge of conspiracy to murder.

Daniel Asiedu at the last appearance in court, complained about being starved by the police, saying that he was allowed to feed on leftovers.

He said from December 30, 2016 till date, he had not been given any food by the police, stressing that he had been feeding on leftover food from other inmates.

According to the accused, all he needs to do is to pray over the leftovers and eat them.

He further told the court that the police had asked his family to stop bringing food to him in the cells.

Sexy Don Don said that he preferred to eat the food his family would bring to him in cells to that of the police.