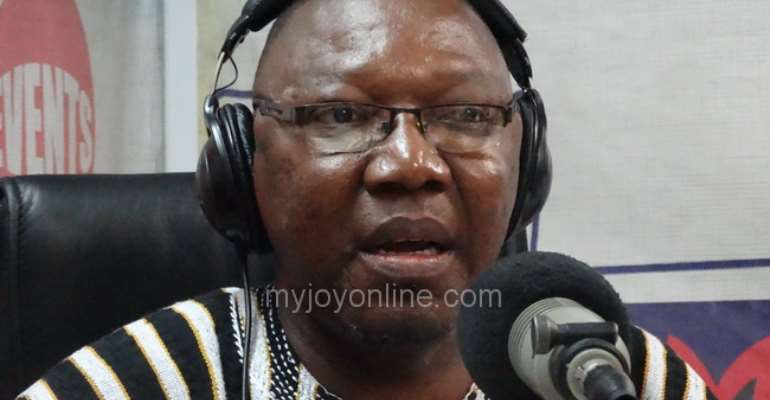 Claims by Vice President Dr. Mahamudu Bawumia that the Mahama administration allotted a whopping $13.9million for the construction of an official residence for the vice president is merely an attempt to shift focus from the NPP’s promises, former Presidential staffer Dr. Clement Apaak has said.

Dr. Bawumia on Tuesday expressed shock when he told a gathering in Accra that the staggering amount was being expended for a residence in Ghana.

“There was this whole brouhaha about this Vice President’s residence, I am sure you heard about it, so in the context of discussing this issue, there is supposed to be a vice president’s residence under construction…so I asked the question why this project has not been finished, why has it delayed and they said ‘well the contractor is owed a lot of money’ and I said how much is this money and am told well it is a lot of money.

“So [I asked] how much is this house actually costing and I was shocked when I was told, can you believe in Ghana we are building a house to house our Vice President and this house is supposed to cost 13.9 million dollars.

“I mean what sort of house is it supposed to be, is the gate made of gold, pavement made of gold, blocks of gold, a house in Ghana for 13.9 million dollars…I couldn’t believe it…and I am 100% sure it didn’t go through competitive tender…and there it stands uncompleted,” Dr. Bawumia said.

Reacting to the claim, the Builsa South MP told Nii Arday Clegg on the Morning Starr that the former government budgeted $5.9millon for the house and not $13.9 million as has been alleged by the vice president.

“$5.9M is what has been budgeted for the putting up of the Vice President’s residence and not $13 million. There is an attempt perhaps to try to shift attention from their promises. It was Amissah-Arthur (former vice president) himself who briefed Dr. Bawumia on the project and mentioned to him that no further payment has been made”.