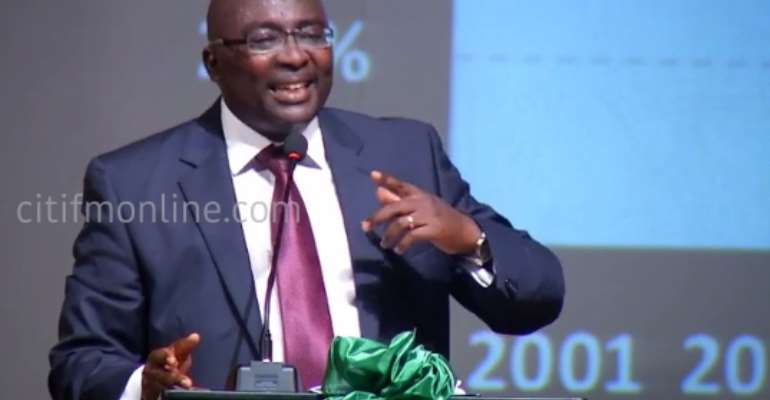 Vice President Dr. Mahamudu Bawumia, has expressed shock after finding out that the official residence under construction for the country’s Vice Presidents, would cost the country a whopping $13.9 million dollars.

The Vice President, who disclosed the cost, questioned whether the doors of the apartment were gold-plated to merit such profligacy.

Speaking at the Action Chapel Good Corporate Governance Initiative, Dr. Bawumia said upon enquiries as to why the renovation of the Vice President’s official residence was delaying, he was told that the state owed the contractor who worked on the project, an amount he later found was close to 14 million USD.

He made the comment while sharing his thoughts on sole-sourcing and its associated challenges, questioning why such a huge amount would be spent on a home for a Vice President.

“I mean what sort of a house is this supposed to be?Is the gate made of gold?The pavement of gold?The blocks of gold?A house in Ghana for 13.9 million dollars?I could not believe it. How many boreholes could we have done…?Of course, I am 100 percent sure it did not go through competitive tender, otherwise we would have known about it. It was most likely sole-sourced, and there it stands uncompleted at the moment. This is just an example of many contracts that we do not have value for money for.”

Dr. Bawumia criticized the pervasiveness of single-sourced procurement in public projects, stressing that the previous administration had made single-source procurement the rule rather than the exception.

He said the NPP government would take a closer look at the Public Procurement Act, to cease the resort to sole-source procurement.

Although the project was started by the previous NDC administration, Vice President Bawumia would have stayed in the house, it had been completed.