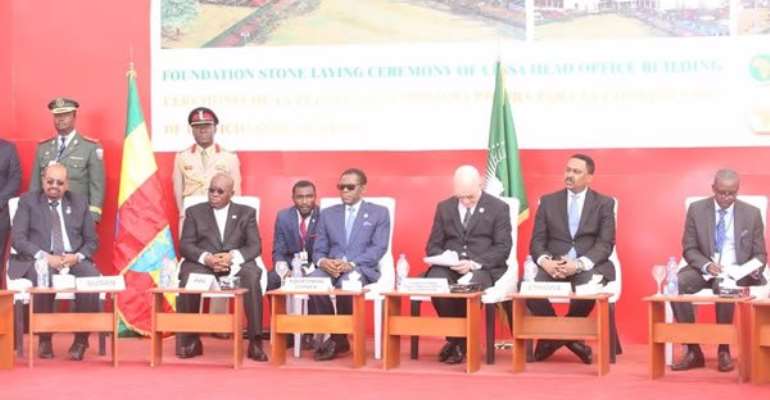 Heads of State and Governments who attended the 28th Ordinary Session of the Assembly of the African Union have signed up to the Continental Free Trade Agreement.

The purpose of this agreement is to ensure significant growth of Intra-Africa trade, as well as assisting countries on the continent use trade more effectively as an engine of growth and for sustainable development.

The CFTA will, amongst others, reduce the vulnerability of the continent to external shocks, and will also enhance the participation of Africa in global trade as a respectable partner, thereby reducing the continent’s dependence on foreign aid and external borrowing.

This was made known at the closing ceremony of the 28th AU Summit on Tuesday, January 31, 2017, in Addis Ababa, Ethiopia. This agreement is in furtherance of the commitment made by African leaders in Addis Ababa in 2012 towards the establishment of the CFTA

It will be recalled that at the 18th Ordinary Session of the Assembly of Heads of State and Government of the AU held in January, 2012, in the Ethiopian capital, the Assembly endorsed an Action plan to boost intra-Africa trade through the operationalisation of the CFTA by 2017.

The Action Plan was specifically aimed at deepening Africa’s market integration, and significantly increasing the volume of trade that African countries undertake among themselves. The plan also outlined a programme of activities required to remove all bottlenecks and obstacles to intra-African trade. 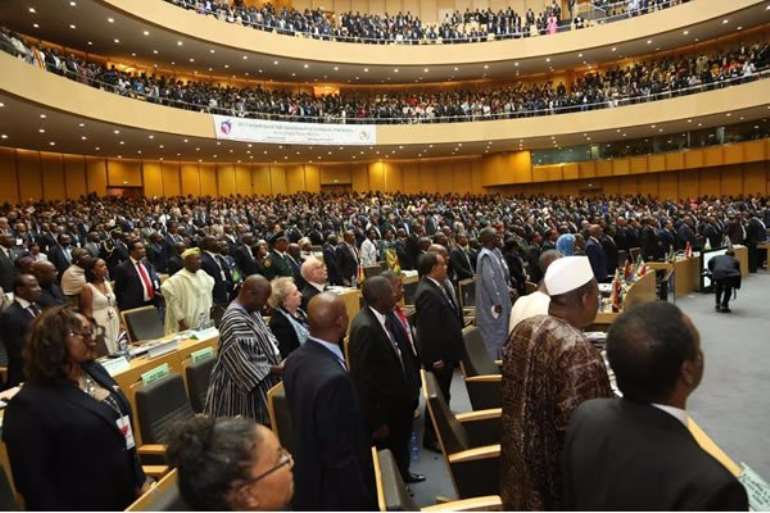 A key feature of African trade is its low level of intra-African trade, insignificant share of global trade and high external orientation. Intra-Africa trade accounts for some 10% of Africa’s total trade compared to about 60%, 40% and 30% intra-regional trade achieved by Europe, North America and ASEAN respectively.

At around 3%, the share of Africa in global trade is insignificant. In terms of the direction of Africa’s trade, exports are mainly to Europe and USA (57%) and in recent times to China.

Again, with the numerous free trade areas existing across the globe such as Economic Partnership Agreements (EPA), Trans-Pacific Partnership (TPP) and the Trans-Atlantic Trade and Investment Partnership (TTIP), Africa has no choice but to reduce its vulnerabilities with the creation of a CFTA.

The CFTA, therefore, will create a single continental market for goods and services, with free movement of business persons and investments, and thus pave the way for accelerating the establishment of the Continental Customs Union and the African customs union.

Additionally, the CFTA aims to expand intra African trade through better harmonization and coordination of trade liberalization and facilitation regimes, as well resolving resolve the challenges of multiple and overlapping memberships and expedite the regional and continental integration processes.

THE NATURE OF TRADE IN AFRICA
Trade is widely accepted as an important engine of economic growth and development. There are many regions and countries of the world that have been able to lift their people from poverty to prosperity through trade. In Africa, however, trade has not served as a potent instrument for the achievement of rapid and sustainable economic growth and development due mainly to its size and structure (composition) and the direction of trade.

The bulk of Africa’s trade with the outside world is heavily concentrated on primary commodities. This has ensured that the continent has been particularly vulnerable to external macroeconomic shocks and protectionist trade policies. This is evident from the recent global economic and financial crisis which had adverse impact on the continent’s economic performance.

Africa, meanwhile, Africa has the potential to supply its imports needs from its own sources in areas such as fuels, beverages, ores, metals and precious stones, and basic foods, amongst others.

The CFTA, thus, provides the opportunity for Africa to maintain food security and boost trade in agricultural products.