Whose Interest Is Served With The Suspension Of Parliament’s Standing Order 80(1), And What Can A "Pastor Speaker" Do? 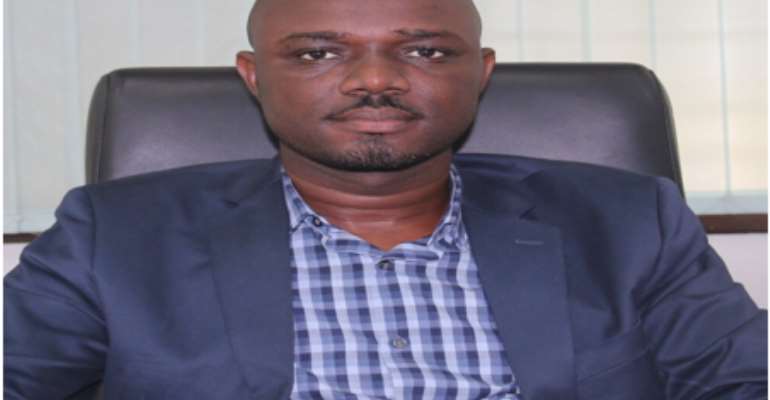 Under the sixth Parliament of the Republic of Ghana, suspension of Parliament's standing order 80(1) became a default mechanism for approving international commercial transactions. The order requires that no motion shall be debated until at least, forty-eight hours have elapsed after notice of the motion is given. However, the practice in Ghana's parliament, at least considering the operations of the immediate past parliament, has made this order irrelevant, to say the least.

The 1992 Constitution of Ghana, by its provision in Article 75, has given parliament extraordinary duty to check the authority of the executive to commit the country to any form of agreement. This is important to regulate excesses of the executive which potentially could risk the finances of the country and wellbeing of the people. Therefore, when agreements are negotiated by the executive, parliament fulfils its constitutional duty by scrutinizing the agreements to ensure that public interest is protected.

It is almost unthinkable to require the whole House of Parliament to examine every document that comes before it in detail, given its enormous responsibilities. Parliament in delivering on its functions therefore has rules and processes to ensure that it is efficient at what it does. One such process is to allow established committees of the House (averaging 22 members) to deliberate on matters brought before them and submit their reports for the House to consider. The committees have the opportunity to invite the relevant government official(s) or agency representative(s)for questioning in order to clarify any ambiguities that may come up in their work. Notwithstanding the assignment of work to specific committees, all other members of parliament have access to the primary document(s) referred to committees which they can on their own review and raise concerns while the committee executes its tasks. A committee’s report is not a binding conclusion on parliament on a matter referred to it; it provides recommendation(s) for parliament to consider. When a committee finishes its work, it thus presents a report to the House for debate.

It stands to reason therefore that the spirit of Order 80(1) is to allow all other members of parliament to critique a parliamentary committee’s report (which probably failed to [fully] capture national interest, by reason of genuine oversight or as a result of the cosy and plush ambience provided in first class hotels by lobbyists,) and benchmark it against their own observations from the primary document(s) to make informed inputs on the debating floor of parliament to achieve desired outcomes.

Each parliamentarian deserves the right to be heard and be fully apprised with information leading to ratification of agreements. Order 80(1) is therefore a safeguard for this final check on the Executive as it affords each parliamentarian, representing about 95,000 Ghanaians on average, enough time to comprehend matters of national importance and an opportunity to be heard to ensure that citizens are truly represented. It also provides avenue for the public who have interest in a subject matter to provide further information to parliament to enhance the quality of decisions made on the behalf of the people.

It had however become a worrying practise during the tenure of Ghana’s recently dissolved 6th Parliament that Parliament disregarded its own rules in taking important national decisions when “big monies” were involved. Almost all the agreements, particularly those relating to the energy sector, enjoyed a waiver of order 80(1). Between 2013 and 2016, 10 petroleum contracts were approved by Parliament. In the same period 8 power agreement were also approved. None of these agreements enjoyed activation of order 80(1). What is even worrying is that the companies, whose interest the parliament of Ghana bends its rules to favour, did not attach similar urgency to the delivery of their part of the bargain. Most of the oil companies who acquired oil blocks under the suspension of order 80(1) have not even moved to site till date. Same can be said about power agreement holders.

Why the rush?
The reasoning behind the rushed decisions of Parliament have been mixed and rather demeaning of its highly-esteemed, constitutionally-mandated role. When the Eni Fiscal Support Agreement and Security Package Term Sheet for Sankofa Gas went to Parliament, the then honourable Majority leader Alban Bagbin said the investors had waited for too long. He added "Mr Speaker I agree that we should urgently approve this project because the patience of the investors is running out" (Hansard, 11 December 2014). This meant that the extra 2 days’ minimum allowance for the consideration of the agreement was too long to hurt the investor’s interest. Essentially public interest in an $8 billion agreement did not really matter. To the contrary, it is instructive to note from the Hansard ((Hansard, 11 December 2014) that even members of the joint committee of finance and energy who had been tasked to scrutinize the agreement still had questions on the agreement on the floor of Parliament relating to interest rate, debt to equity ratio and cost benefit analysis of GNPC's investment in the project to achieve a reduced gas price. Interestingly, those issues were not debated in the house though the presence of the Ministers of Finance and Energy, Mr Seth Terkper and Mr. Armah Kofi Buah respectively, provided enough opportunity to deliberate on those key concerns which the public had earlier expressed. Rather, the focus was on urgency and priority to Eni’s board meeting to approve the company's annual programmes.

The Africa Centre for Energy Policy did a report on the Eni deal, highlighting the fact that the gas price was too high. If parliament had been diligent in its work to verify how government concluded on the gas price, it would have realised that while the state institutions (GNPC and Petroleum Commission) were not convinced by the price Eni was seeking, the Ministry of finance unilaterally gave away the $9.8/ mmBtu, a gas price that is higher than any alternative for gas supply to Ghana.

My verdict of the sixth parliament.
It is always difficult to judge a group as failures when at least there are voices you can single out for praise, and/or decisions of the group you cannot fault. But this is not the case of "one bad nut destroying the whole". The critical voices (which I can link to public interest) in the last parliament were very few. And when it mattered most, investor interest determined decisions of parliament. I still do not know the motivation of individual parliamentarians and ministers who push deals to warrant the suspension of parliament's standing orders. But I can put it mildly that the last parliament was rather disappointing in protecting national interest in " big money contracts”.

The New Parliament
The outcome of the December 7 elections makes it even scarier to imagine how easy it can be for contracts to go through Parliament like we saw with the 6th Parliament. Unlike the previous government, the ruling government has an overwhelming majority in parliament. This raises the risk to whip the majority side to rush contracts through the approval processes, if it happens that this new administration is characterized by similar attitudes of the previous Executive where open contracting was terribly weak.

My hope is that regardless of the posturing of the executive arm of government, we can have a strong Speaker clothed with the interest and aspirations of the ordinary Ghanaian to provide the needed leadership to check the executive. The obvious question then is; how can this be when a speaker is appointed by the president? Well, I'm tempted to bank my hopes on three things:

First, on the integrity and control of the Speaker, who coincidentally happens to be a pastor. I hope this will help him to control the appetite of the executive. If the executive has nothing to hide they should let the contracts out in good time so that we can all debate and contribute to the process. For me, any ruling made by the speaker in respect of “big money contracts”, I will reflect on this fact that he's a pastor.

Secondly, that the president has assured the public of his commitment to see a stronger independent parliament. It will be great to see Parliament rise to claim this independence. Again I will reflect on this with every contract that goes through Parliament.

Finally, that there will be voices of change among the majority to support genuine minority positions in the 7th Parliament who will insist on open contracting even when not popular with those who may want to sacrifice the nation for their personal and/or party’s interest.

I wish the new Parliament well and I hope the Speaker will help steer a new order in the 7th Parliament.