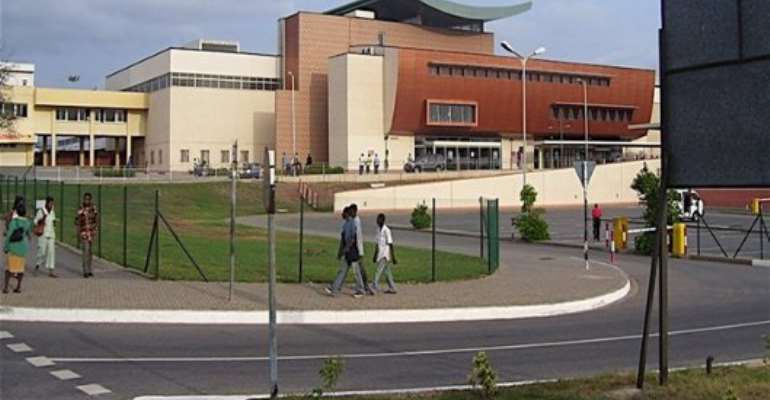 Ten electronic gate (E-gate) systems for automated border control will be operationalised at the Kotoka International Airport (KIA) in February this year.

The e-migration system, which forms part of a bigger e-migration initiative by the Ghana Immigration Service (GIS), is meant to enhance security clearance procedures and passenger processing.

The Comptroller-General of the GIS, Mr Felix Yaw Sarpong, explained that the electronic gate systems would assist in identity management and also enable the GIS to leverage the use of modern technologies and best practices border control.

He was speaking on the sideline of an end-of-year get-together ( WASSA) and health walk organised by the KIA Command of the GIS at Gyankama in the Akuapem-South District in the Eastern Region last Saturday.

“The GIS is restructuring its operations to embrace e-migration systems in order to be able to deal with the increasing security threats emanating from organised crime, money laundering, human trafficking and smuggling, and other transnational criminal activities,” Mr Sarpong added.

The get-together was preceded by a two-hour health walk and aerobic session, starting from the foot of the Aburi mountains at Ayi Mensah and ending at Gyankama. The walk was on the theme: “Richness in health walk.”

E-migration key
Mr Sarpong further explained that the e-migration system, when fully operationalised this year, would help the GIS to collect and analyse data on travelers.

He added that the statistics would inform migration policy and implementation and also promote E-government application and communication.

He further asked personnel of the service to adapt to modern technology that would ensure that they stayed on top of their job in providing security at the borders and entry points of the country.

KIA improvement
The Officer in Charge (OIC) of the KIA Command of GIS, Dr Prosper P.D. Asima, said the refurbishment done at the KIA recently had made it possible for the arrival hall to be expanded to 26 booths, making the processing of passengers much easier.

He said revenue generation at the KIA Command increased significantly in 2016 because of the improvement in the operations of personnel of GIS at the command.

Dr Asima observed that with the increasing push for the use of modern technology to deliver cutting-edge services, it was important for training programmes on customer care to be rolled out for the GIS personnel.

He added that the KIA Command had made the monthly health walks a routine as a way of keeping its personnel fit to work efficiently.