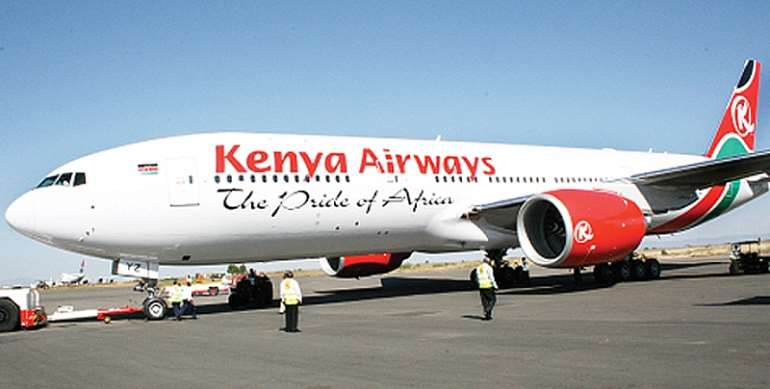 Hallie Josephus, Otoo Desmond, and Venter Hermanus were among the many randomly selected winners that were upgraded to fly in the airline's prestigious Business Class, otherwise known as Premier World.

Catering in this cabin includes a choice of two main courses plus entrees, canapes, salad and desert among others.

Aside the upgrades, Nairobi-based Kenya Airways is also offering Ghanaian travelers up to 40 percent discount on tickets to various destinations across its network.

The offer also includes a special US$1977 price for its business class tickets to Europe–Paris, London and Amsterdam. The offer is valid till February 5, 2017 for travel before December 31, 2017.

“We sincerely thank everyone who have been a part of this journey in the past and today, and look forward to many more years of being the Pride of Africa. Kenya Airways is committed to continue serving the region promoting trade, and offering quality service to our guests,” Kenya Airways Managing Director and Chief Executive, Mbuvi Ngunze, said.

From humble beginnings, Kenya Airways has grown to become a leading player in Africa connecting the region to the World and the World to Africa through its hub in Jomo Kenyatta International Airport (JKIA), Nairobi.

The airline launched its inaugural flight on February 4, 1977–two weeks after the company was incorporated on January 22, 1977.

Over the last four decades, Kenya Airways has emerged as an important economic driver in Kenya and the East African region as a whole.