Yes, Mahama Is 'Wicked And An Embarrassment': Otiko Insists 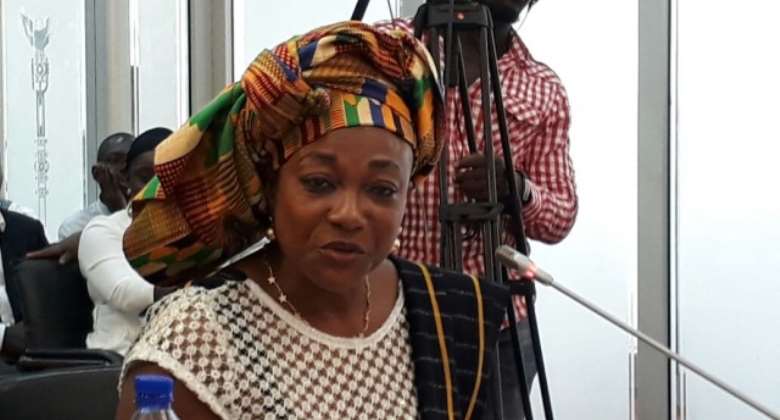 President John Mahama is, indeed, “wicked” and “an embarrassment” to people of the Northern Region, Gender, Children and Social Protection Minister-designate Otiko Afisa Djaba has insisted.

“I don’t owe him [Mr Mahama] or you [Alhassan Suhuyini] any apology…” she said in response to the Tamale North MP’s question about whether she would apologise to the ex-president on whom she used those words during the electioneering period ahead of the 7 December 2016 elections.

“My comment about he being an embarrassment was in relation to SADA, It was in relation to SADA that I said he had embarrassed northerners and the northern chiefs themselves had come to say same,” Ms Djaba said justified on Monday, 30 January 2017, explaining that: “When I talked about his wickedness, the people of Ghana were asking for reductions, they were asking for ‘dumsor’ to be solved, people were losing jobs and so forth … what I said was within the context of that period.”

When asked by Tamale South MP Haruna Iddrisu if she would withdraw those words owing to their harshness, which the minority too “strong exception to,” Ms Djaba retorted: “Are you saying that we cannot criticise in this country? Are you saying that my right to speak [is curtailed?] … It was not an insult, it was a criticism and I’m allowed as a citizen of Ghana to criticise the president and these are descriptive words, it is not an insult.”

Asked by Mr Iddrisu is she stood by her words, Ms Djaba said: “Yes Mr Chairman. … I did not insult the president, I criticised him.”

In 2014, Ms Djaba told Moro Awudu on Radio XYZ’s breakfast show that: “This President [Mr Mahama] is not serious. He has embarrassed a lot of Northerners.”

Reacting to Mr Mahama’s promise, at the time, to progressively make Senior High School Education free as announced in the state of the nation address presented to Parliament in that year, Ms Djaba said: “He’s embarrassing mother Ghana and the IMF is telling him that: ‘E no dey go well’, so he should stop the ‘edey be k3k3’; put down his Dubai things and get down to the ground and give us the bread and butter things that we need for the development of this country”.