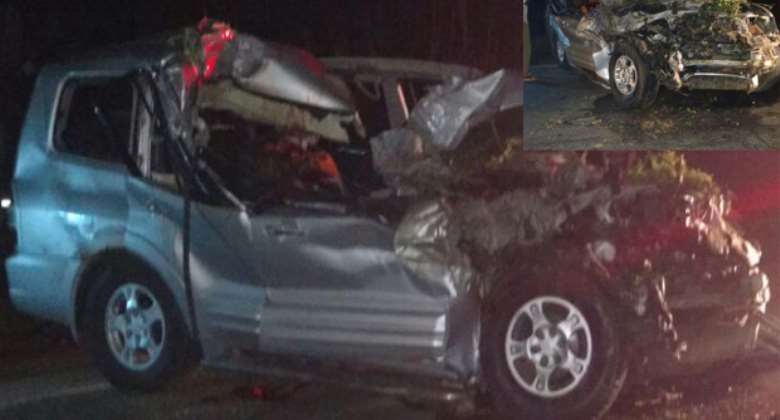 Two persons travelling on the Accra-Kumasi Highway lost their lives and two others sustained injuries at about 4:20 am on Sunday when a Pajero 4-wheel drive reportedly ran into a stationary cargo truck at Akyem Nsutam in the Eastern Region.

According to DAILY GUIDE sources, the Mitsubishi Pajero with   registration number GG 4654-16, was from Accra and heading towards Kumasi when it rammed into the parked vehicle, registered AS 9032-15.

According to eyewitnesses, those who got injured were taken to the Hawa Memorial Hospital at Osiem for treatment, and the bodies of those who could not survive the accident were sent to the Kyebi Government Hospital awaiting autopsy.

The cause of the incident was unknown as at press time last night, but this paper gathered that the police had launched investigation into it.