The Obtuse Ignorance Of The Presidential Red Carpet And Trending Photos 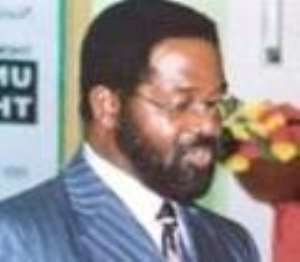 Governance is protocol ( the official procedure or system of rules governing affairs of state or diplomatic occasions) and protocol is the etiquette (the customary code of polite behaviour in society or among members of a particular profession or group) of ceremonial functions.

In the affairs of official state functions, the collection of dignitaries, the location of National flags and national colours, ushering in of dignitaries, red carpets, sitting arrangements, and order of procession are strictly governed by rules and procedures.

A breach of such protocols either result in public embarrassment, international ridicule, and at times the wrath and swift response of national security. In some cases, it may end the offender in detention.

For the purpose of this article, I shall limit myself to the protocols of red carpets in official State functions. The red carpet is traditionally used to mark the route taken by heads of States on ceremonial and official occasions, and also extended to heads of missions on some official occasions.

H.E. Jerry Rawlings was jolted by a movement on his right hand side. He stopped and was greeted with a profuse genuflection from Oko Vanderpuje. Though startled by the breach in protocol, there was a nodding of head to respond to the genuflection. He continued his walk upwards, Mr Oko Vanderpuye completely oblivious of the breach in protocol continued in step with the former President.

This is an unpardonable ignorance and breach of protocol which knowing the temperament Jerry Rawlings, he will not countenance. He had to order Oko Vanderpuje to step out of step, and out of sync.

Unfortunately, the ignorance of the protocol that surrounds red carpet and official State functions rose to its highest apogee with so much vituperation on the former President. The media in their ignorance and lazy journalistic work, rubbed it in with headlines that suggested a snub. What a disgrace? ??

I will rather ask my elder brother Oko Vanderpuje to send a note of apology for causing embarrassment to the former President. It his choice though.

As for the deliberate twists on the photo of the former President not standing when H.E.The President, John Dramani Mahama entered the floor, as much as it is malicious and evil, it may serve another kalypo effect.

Ignorance they say is bliss. But I say, ignorance is misery. Hate is a cancer.