#BeTheChange: It Is About Growing In Years, Not About Getting Old! 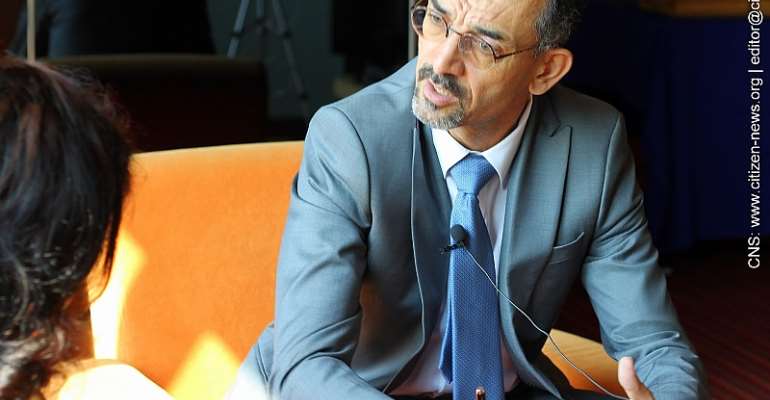 (CNS): As fertility rates decline and life expectancy increases, the number of senior citizens is growing globally. Among the 7.3 billion people worldwide in 2015, an estimated 617.1 million, were aged 65 years or more. The Asia Pacific region is ageing rapidly and South-East Asia’s elderly numbers are growing fast at around 5% a year - between now and 2030 there will be nearly 20 million more people aged 60 and above in the region.

Turning its focus upon the the ageing populations in ASEAN countries, the European Union (EU) awarded a grant to the HelpAge East Asia Pacific Regional Office (HelpAge EAPRO) to implement a 4 year project (February 2013-January 2017) with key partners for "Strengthening the CSO Network on Ageing as a Development Partner in Southeast Asia (AMCo)". This project prioritised strategic activities in 6 ASEAN countries of Cambodia, Indonesia, Myanmar, Philippines, Thailand and Vietnam. The main issues that the project targeted were:

- strengthening of older people’s associations (OPAs) and their interaction with governments;

- expansion of social pensions and social assistance to vulnerable senior citizens; and

- increasing government awareness on the implications of rapid ageing and on the contributions and needs of older people.

Even as the ASEAN turns 50 and the EU turns 60 in 2017, the EU-ASEAN also celebrates this year the 40th anniversary of their relationship for promotion of common development goals.

In an exclusive interview given to CNS (Citizen News Service), on the sidelines of the closing workshop organised by HelpAge EAPRO in Chiang Mai, Mr Jerome Pons, Head of Cooperation (Malaysia and Thailand) at the European Union, made a strong case for adapting development responses to meet the unique needs of changing population demographics in Southeast Asia.

STOP IGNORING AGEING ISSUES
The demographic changes taking place in society have serious economic and social implications, and hence cannot be ignored. More importantly, it is an absolute imperative to duly recognize the contribution of the senior citizens to not just the society but also to the economy. As populations age, we have to generate more funds to pay pensions to a growing number of people, while at the same time there are proportionally less people going to work. Hence proper planning to be able to deal with ageing is essential. And because we are facing the same issue in the EU, we are trying to assist Southeast Asian region with our experience in this matter, to help them deal with the situation the best they can, said Pons.

Sharing some of the outcomes of the project, EU's Jerome Pons elaborated that the project has facilitated network capacity building by bringing together various networks in the 6 countries to "not only share their experiences, lessons learnt, and challenges faced at the level of their programmes, but to also come out with suggestions/solutions to deal with these issues in their respective countries."

HelpAge EAPRO, the main implementing partner, has guided and managed this process in developing the networks of partners in the 6 target countries. This has been one of the key sustainable achievements of the programme in terms of building capacities of these civil society organizations (CSOs), which have now become competent enough to work on their own, he said. Pons pointed out that these CSOs have also been acting as feedback loops in their respective countries for policies developed by their governments, approved by their parliaments and implemented by their administrations. They have provided inputs for bringing in new legislation or revising/ improving upon existing legislation.

For example, in Myanmar the President has signed a new law on ageing; the Cambodian government is considering to provide free healthcare to all above 60; in Philippines the budget for social pension has been increased drastically. Vietnam’s Prime Minister has approved funding for increasing the number of Intergenerational Self Help Clubs to 3200 by 2030. Pons rightly believes that Old People’s Associations or clubs are important, as they are effective channels to deal with the increasing isolation experienced by the elderly, especially those living in urban areas. These clubs help the aged to interact with other people in similar situations, and to make their voices heard by policy makers and implementers.

FEMALE FACE OF AGEING?
As life expectancy of women is statistically and significantly longer than that of men, they are likely to face hardships of old age for a longer period of time. This is something that needs to be addressed. It is about the rights of the women - their right to inherit parental property, their right to have legal hold over husband’s property after his death (rather than his money going to the children) - so that they can continue living their life comfortably till its natural end, emphasised Jerome Pons.

AGENDA 2030 AND AGEING: CONNECTING THE DOTS!

Governments have already committed themselves to achieving the 2030 Sustainable Development Goals (SDGs) at UN General Assembly in September 2015. Pons said that Agenda 2030 provides an opportunity for the ageing populations and all stakeholders supporting ageing populations to engage with governments around old age related development issues.

He elaborated: "SDG-1 is about poverty reduction. NGOs can ask governments to pay special attention to older people while setting targets for poverty alleviation. The elderly are more likely to be poverty stricken, as they have less economic resources, do not work and often isolated because of living away from family. Then again when we talk about SDG-16 (which is about promoting just, peaceful and inclusive societies), let us not forget the older people. They are more prone to violence as they are easy targets for crooks and violent people. It is very important to have statistics and data available on the older people so as to have new policies that will be more age equitable, and not favour just the young." Likewise it is of utmost importance to recognize unique needs and roles of ageing populations in context of each of these SDGs and address them in an integrated manner.

'WHAT GETS MEASURED GETS DONE'?
Pons said that SDGs are commitments governments have to honour and so the review process for SDGs should take stock of the progress made till now. Next SDGs review is slated to happen in July of 2017.

The EU is already trying to assist governments in reviewing and monitoring the progress in countries. Without having monitoring systems in place, the government commitments would become just another public statement. We need data, we need review, we need an inclusive process to get information from all walks of life, networking of NGOs to provide inputs and have an assessment that is acceptable to all governments, international organisations, civil society and public, so that we can define and agree on priorities for the next 5-10 years, he insisted.

GOOD WE PROGRESSED, BUT CHALLENGES REMAIN
“While different countries may be at different levels of facing different ageing issues, every country will have to face the consequences of ageing on its own terms - there is no way one can go around that. CSOs working in different countries will have to take up the issues that are relevant in their local context and come with their own solutions to their specific problems. And this is the most important 'take home' message from this type of dialogue - It is for their own people to deal with their own issues and we simply help them by putting in a little bit of capacity building so that they can engage with their own authorities and parliaments, to better their own lives at the end of the day”, said Pons.

Although people living longer is a cause for celebration, the demographic transition towards an ageing society heightens the urgency of putting in place sustainable systems that take into account entitlements to pension, healthcare, long-term care for the aged, amongst others.

(Shobha Shukla is the Managing Editor at CNS (Citizen News Service). Follow her on Twitter @Shobha1Shukla or visit:www.citizen-news.org)